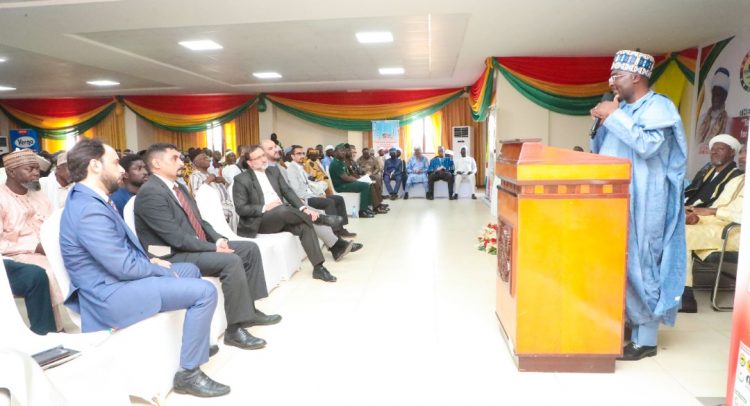 Muslims across the country converged in Accra on Thursday to find ways to help develop the nation and their communities.

This was when they held the second edition of the annual national Muslim conference at the national mosque in Accra.

The conference brought together key stakeholders within the Muslim Ummah to discuss ways of developing an action plan and education strategy to empower Muslim youth and avenues to solving many challenges facing Muslim and Zongo communities nationwide.

Vice President Bawumia who graced the occasion talked of the various developmental programmes the Akufo-Addo-led NPP administration has been pursuing for over the five years since it took the reins of governance through the creation of development vehicles to ensure holistic growth and progress of all communities nationwide. 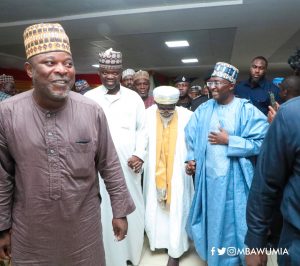 He mentioned the Coastal, Middle Belt, Northern and Zongo Development Authorities as the development vehicles established by the government to mitigate the suffering and challenges facing the people, especially those in deprived areas.

In addition, he said educating and empowering the people economically, and providing them with functional skills were the only realistic ways to alleviate extreme poverty and underdevelopment.

Dr. Bawumia said the four thematic areas around which the conference revolved- education, health, finance, and economic empowerment- conformed with the government of Ghana, the African Union, and the United Nations development goals to addressing the challenges of unbalanced growth in deprived communities including Zongo areas.

It is also intended to galvanise the energies, human and material resources of Muslim Community in Ghana to spur Muslim leaders into action for collective growth.

It was on the theme: “Towards the coherence and holistic economic empowerment strategy for national development- The Ghanaian Muslim Ummah in Context”.

“For our government, bridging the development gap between the less privileged communities and others is important for overall growth of our country.

“Ghana will suffer if members of these communities grow and leave others behind. Therefore, government is working to get rid of any form of exclusion,” the Vice President stressed.

Aside the inclusive policies by government, the Vice President said, it was imperative for continuous intra-face dialogues and interface engagements with the Christian counterparts to proffer strategies and plans to mitigate the daily challenges facing Ghanaians.

“I’m very much convinced that educating our people and empowering them economically with functional skills are the only realistic ways to alleviate our people from extreme poverty and underdevelopment,” Dr Bawumia stated.

He noted that several studies had established a strong link between education and social mobility and believed that with the right educational policies and support for uninterrupted schooling as being implemented through the Free SHS Policy, Free TVET and a guarantor free access to loans for tertiary education, a child from any background in the country should not have any barrier to their development.

Dr Bawumia said data has shown that the biggest beneficiaries of the Free SHS Policy had been members from the deprived communities including the Zongo areas, witnessing significant rise in secondary school enrolment, noting that, without the policy many children would have dropped out of basic education level.

The Free SHS Policy, he explained, had seen rise in secondary school enrolment from 800,000 to 1.2 million while the ratio of male and female gender witnessing a parity.

He therefore urged Muslim leaders to take advantage of Science, Technology, Engineering and Mathematics (STEM) and TVET education as a strategy to empower Muslim youth and, thus, expressed government’s resolve to invest more in that sector.