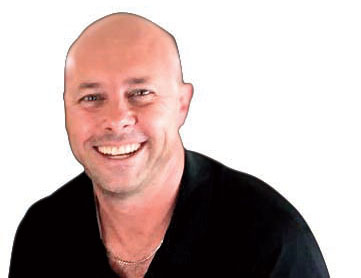 It has emerged that the pilot of Nana Appiah Mensah, aka NAM1, the embattled owner of Menzgold Ghana Limited, has been questioned by the Economic and Organised Crime Organisation (EOCO).

The suspect, who is an Australian, was picked up on Sunday, April 7 and is currently on self-enquiry bail.

Sources say the pilot, whose name was given as David Brown, purportedly tried to sell NAM1’s private jet‒ Gulfstream IV Jet Aircraft (2001 model) ‒ after he allegedly realised that the owner might not be released from jail in Dubai anytime soon.

EOCO is not giving information on the case, but DAILY GUIDE understands that the pilot, who reported to the anti-graft body with his lawyer, has since been granted bail.

According to sources, the members of the crew on the plane have all left to their various countries, but reports say the suspect was the one keeping the jet and made several attempts to sell it.

NAM1 was reportedly set free by a court in Dubai, United Arab Emirates (UAE), after he won a case of fraud brought against him by Horizon Royal Diamonds in a purported $51 million gold deal.

NAM1 was made to post a bail bond of $3.5 million, and he is said to be pursuing the company that caused his arrest over the $31 million.

According to reports, he was arrested in Dubai where he travelled to retrieve his money from the company.

It’s still unclear whether the Interpol Arrest request by the Ghanaian authorities, as confirmed by the CID boss last week, is still in place.

A source close to NAM1 told DAILY GUIDE that “he is making frantic efforts to track down companies and individuals who owe him in order to get more cash to pay Menzgold Ghana Limited customers whose investments have been locked up following the closure of the business.”

Two weeks ago, news broke that NAM1 was granted bail but was immediately re-arrested by the police in the Emirati country after the request by Interpol.

DAILY GUIDE reported that the Dubai prosecutors realised that a prima facie case might not be established against NAM1 in a $51 million gold deal, and as a result the court started to ‘relax’ the restrictions placed on him.

DAILY GUIDE’s investigations in February revealed that there were a total of 4,998 customers of Menzgold and not the estimated 46,000 as published earlier in the media.