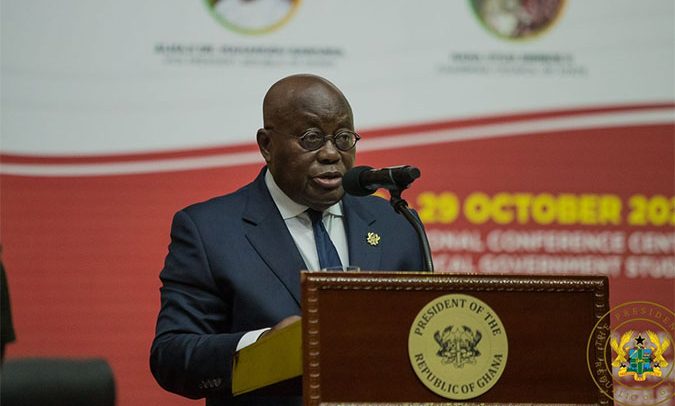 President Akufo-Addo has exposed the double standards of the opposition National Democratic Congress (NDC) over the issue about the election of Metropolitan, Municipal and District Chief Executives (MMDCEs).

He wonders why they pulled out of the campaign to get MMDCEs elected at the last minute even though they were initially in support of the motion.

The President himself has been an advocate for the election of MMDCEs from the word.

It was one of his key campaign messages during the 2016 electioneering campaign which saw him becoming President.

But his campaign and decision to have them elected suffered a major setback when the NDC which initially supported the idea decided to make a sudden u-turn. 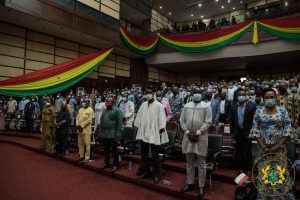 Speaking at an orientation for MMDCEs  in Accra earlier today, he said “when I believed there was a broad national consensus for this to happen, the main opposition party, the national Democratic Congress made a U-turn and stated that it was no longer prepared to go along with the national consensus.”

The NDC then indicated its decision to actively campaign for a no vote.

At this point, the President said “I was convinced that it would not serve the public interest to go ahead with the holding of the referendum to repeal Article 55 Clause 3 without a broad national consensus.”

That, he said was because “the repeal of an entrench provision of the Constitution should not be driven by partisan and party consideration.” 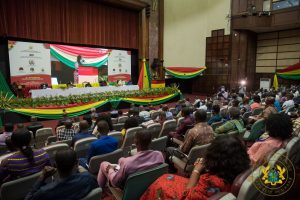 That notwithstanding, he noted that “my government and I will continue to work for a broad national consensus on this issue” and that “should such a consensus be entertained for the repeal of Article 55 Clause 3 of the Constitution and an agreement reached for political parties to participate in and sponsor candidates for election to Metropolitan ,Municipal and District Assemblies at any point, during my tenure of office as President of the Republic, the matter will be brought back again, to the front burner of our public discourse for the necessary action.”

He however commended the massive expression of interest by many to become MMDCEs during the recent processes for the nomination.

This he was part of reasons why an incident happened in Garu in the Upper East region where a father, mother and son all appeared before the regional vetting committee seeking to be the Chief Executive, out of 17 applicants. 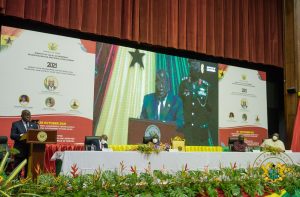 “Indeed, the competition was keen and we made sure that the process of selecting our MMDCEs was thorough which enabled the overwhelming majority of you to be confirmed without any controversy”, he emphasised.

On the contrary, he insisted “it should lead to the deepening of democracy and better accountability.”