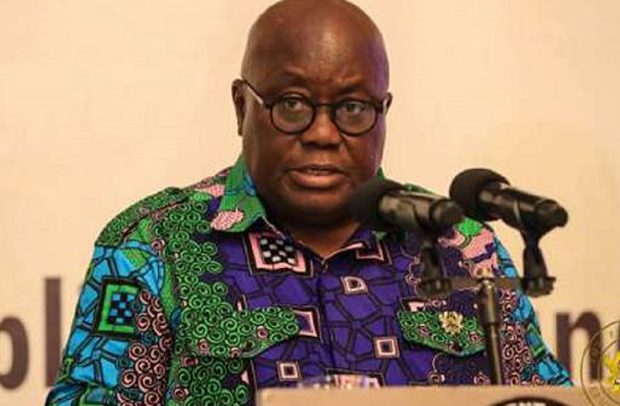 President Nana Addo Dankwa Akufo-Addo has given an assurance that there is no way the government will allow any group or individuals to bring chaos to the upcoming general election under his watch.

He said he would ensure the election goes ahead as planned and it would be peaceful, transparent, devoid of chaos, and the electorate would select their leader of choice in an atmosphere of peace.

“When it is time for the elections, anyone who has registered should go and vote. The upcoming polls will be peaceful; we will not allow anyone to foment trouble,” he said at Juaso in the Asante Akyem South Constituency on Tuesday during the second day of his tour of the Ashanti Region.

“For those who will seek to bring trouble, we will deal with them. They will know that the government has the power to deal with them. So, the polls will be peaceful for everyone to exercise their franchise,” he pointed out.

Recent happenings in the country, especially the violent posture adopted by some groups in the Volta Region purporting to push a secession agenda and form a state called Western Togoland, have raised security concerns and appear to have ‘provoked’ the President’s comment.

The government has declared that activities of the groups, namely the Homeland Study Group Foundation (HSGF), the Western Togoland Restoration Front (WTRF) and the Western Togoland Assembly (WTA), who claimed to have adopted different strategies but are purporting to fight for a common goal, are purely criminal and should not be politicized.

In the heat of campaigns, there has also been what looks like subtle attempts by some elements to create an atmosphere of chaos in the country to taint the credibility of the election, but the President warned sternly that the security agencies will not countenance any adventurist.

The Commander-in-Chief of the Ghana Armed Forces stated emphatically that the security forces are ready, determined and have the capacity to quickly deal ruthlessly with ‘warmongers’ that may be seeking to cause confusion.

According to him, he inherited a Ghana that was very peaceful; therefore, he would work assiduously to ensure that the peaceful atmosphere in the country is deepened and jealously protected during his days in political office.

In mid-September, President Akufo-Addo had cause to caution those planning to foment violence (troublemakers) during the general election and had the security agencies ready to crush such individuals and groups.

The President had given the strong warning whilst talking to the chiefs and people of Techimantia in the Tano South District of the Ahafo Region during his tour of the region.

His warning was in response to an appeal made to him by the acting Chief and Krontihene of Techimantia Traditional Council, Nana Ampong Kromantag, who was worried that politicians as usual were making statements which could potentially endanger the peace of the country as the elections draw nearer.

The President had given an assurance that his government would not allow the country to descend into chaos and would continue to protect the gains made by Ghana as a bastion of peace and stability in the West African sub-region.

“We will not allow it, not under my watch as President of this land. It will not happen. This year’s election is going to be violence-free,” he assured the people.

He agreed with Nana Ampong Kromantag that there was the need for peace before, during and after the December polls, adding, “Elections are about contesting ideas and not use of guns and machetes to win votes. We will not allow it; it will not happen.”

At Juaso, President Akufo-Addo, who sounded confident, also boldly predicted that his New Patriotic Party (NPP) would secure a landslide first round victory.

He said his government had successfully fulfilled most of its campaign promises, which helped him to become president in 2016, stressing that definitely Ghanaians would renew his mandate to enable him to complete his good works.

He inspected, among others, work on a pork processing factory and a fertilizer processing factory, both located at Asankare in the Asante Akim South Constituency under the 1-District 1-Factory (1D1F) initiative.

Besides, he inspected work on the construction of the Krofa-Brentuokrom-Adomfe road and proceeded to Asante Akim Central where he inspected work on Konongo town roads after which he commissioned a 12-unit classroom block and inspected a boys’ dormitory project at Konongo-Odumase SHS before visiting the Rider Steel Factory, another 1D1F initiative.

They’ll Fail We Shall Triumph