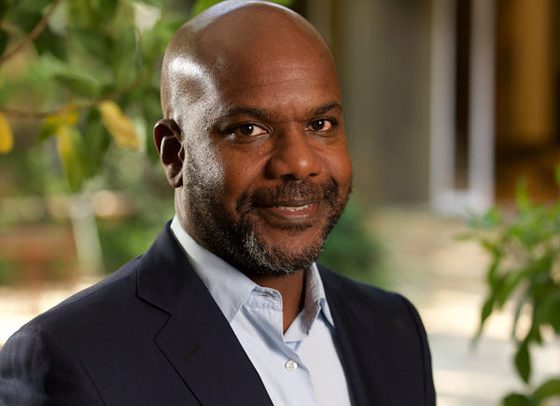 Desperate attempts by some persons to link President Akufo-Addo and Finance Minister Ken Ofori-Atta to the AGM-Aker Energy deal to explore and produce oil offshore Ghana appear to have backfired.

This is because Quad Energy, the company leading a consortium partnering AGM/Aker Energy, is reportedly not linked to President Akufo-Addo and his Finance Minister, Ken Ofori-Atta.

The Majority Leader, Osei Kyei-Mensa-Bonsu, in debating the amendment to the AGM Petroleum Agreement, questioned the motive behind the previous NDC government setting up GNPC Explorco as a distinct entity to be funded by GNPC to own shares in oil blocks in Ghana.

He insinuated that it was clear that Explorco was set up as a vehicle to acquire interest in oil blocks to be  passed on to ‘favoured’ people later.

Checks by DAILY GUIDE seem to support this since Kyeretwei Poku, who was a board member of GNPC in 2013, was also chair of Explorco at the time, with Alex Mould as the only other director.

In the AGM Petroleum Agreement of 2013, which featured AGM Gibraltar, Kyeretwei Poku signed as a witness for GNPC.

MED Songhai owned by Joseph Siaw Agyepong was also a shareholder in AGM Gibraltar which owns the majority of the South DeepwaterTano (SDWT) Block.

In what appears to be a clear case of conflict of interest, Kyeretwei Poku was also known as a director of MED Songhai.

But Quad Energy, which is partnering AGM as local partners, says it is an indigenous Ghanaian company incorporated in April 2019, and has David Adomako, an investment banker with nearly three decades of experience in executive management, as a 100 per cent shareholder.

Mr. Adomako is also a non-executive board member for Aker Energy, Norwegian oil and gas company, which exploring oil and gas at the Ghana’s oil enclave in the Western Region.

There have been desperate attempts to link the President and Mr. Ofori-Atta to the deal because of Joseph Babatunde Ampah, who was senior staff at Databank Financial Services established by Mr. Ofori-Atta.

Interestingly, it has turned out that he (Mr. Babatunde Ampah) owns no share in Quad Energy as David Adomakoh owns all the shares.

Mr. Ampah was rather invited by his uncle, Mr. Adomako, to initially to serve as second director of Quad Energy.

In setting the records straight over the real owners of Quad Energy, Mr. Adomakoh, in a statement issued yesterday, said emphatically that “Mr. Ampah holds no shareholding or any other beneficial interest in the company.”

According to the statement, in establishing Quad Energy as a 100 per cent shareholder, “Mr. David Adomako invited his nephew, Babatunde Ampah, to initially serve as the second director of the company.”

However, this was not disclosed in the memo to Parliament during a consideration of the amended Petroleum Agreement for AGM Ghana LTD last Friday, compelling the company to set the records straight due to attempts to erroneously link other persons to the company.

According to the statement, “Quad Energy Limited seeks to focus on developing itself as one of the growing number of long-term oriented Ghanaian-owned businesses that continue to deepen the involvement of Ghanaians in the local oil and gas sector.”

It said Mr. Adomako has been invited by AGM to form a consortium of established and robust Ghanaian businesses as its local partner.

The statement added that “Quad Energy, by this becomes a proud partner of AGM, a company that is genuinely intent on delivering substantial value to the people of Ghana through its activity in the country’s oil and gas sector.”

That acquisition was before the Petroleum (Local Content & Local Participation) Regulations 2013 (LI2204), which makes it mandatory to have indigenous Ghanaian company hold at least 5 per cent interest in subsequent oil blocks.

Until the coming of Quad Energy, AGM Ghana Limited reportedly did not have a local partner with distinct interest.

And it is also understood that the parties, which formed the original 2013 Petroleum Agreement for the SDWT block, were GNPC, GNPC Explorco and AGM Petroleum Ghana Ltd.

AGM Ghana Limited’s ownership structure until 2018, shows that it was wholly owned by AGM Gibraltar, an offshore company, registered under the laws of Gibraltar.

Per the Petroleum Agreement of September 10, 2013, DAILY GUIDE understands that the parties to the PA were GNPC, GNPC EXPLORCO and AGM Petroleum Ghana Limited.

Med Songhai Developers Ltd was incorporated in Ghana in September 2011, having its stated directors as Dela Ackah, Joseph Siaw Agyepong and Kyeretwie Opoku.

Meanwhile, in 2018, AGM Gibraltar sold 100 per cent of its shares in AGM Ghana to Petrica Holding AS, which became the sole shareholder of AGM Ghana, thereby extinguishing the interests of both Minexco OGG and Med Songhai in the entity and the block.

Med Songhai, DAILY GUIDE gathered, continues to be a shareholder in the offshore company, AGM Gibraltar, but not in AGM Ghana.

Attempts to speak to Med Songhai’s main shareholder at press time were not successful, as calls made went unanswered.