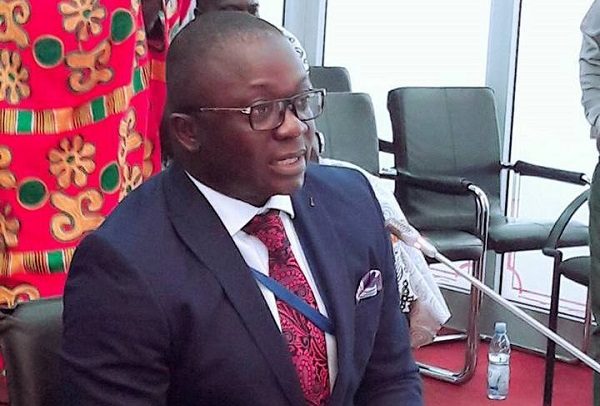 The recent changes in the security architecture of the country and the probability of more coming have rattled members of the opposition National Democratic Congress (NDC).

Their General-Secretary, Johnson Asiedu Nketia, started lamenting the moment news broke on Thursday that President Akufo-Addo had reshuffled the Minister of State at the National Security, Bryan Acheampong, to the Ministry of the Interior.

His obvious aversion and his party in general to the movement of Mr. Acheampong, who doubles as Member of Parliament (MP) for Abetifi in the Eastern Region, has prompted him to come out hard on the President’s decision.

In his first public reaction to the President’s decision, the NDC General-Secretary claimed that the action was an affront to the work of the Justice Emile Short Commission which probed the violence that erupted during the Ayawaso West Wuogon Constituency by-election in Accra early last year.

He said the commission made findings against some of the security officials including the Minister of State who supervised the by-election and should not be given enhanced powers over the security of the country.

With intelligence clearly pointing at the opposition NDC planning to breach public security, analysts have found the President’s action as in order.

The national chairman of the NDC is currently in court over alleged leaked audio detailing strategies the NDC intends to use for 2020 elections, one being the kidnappings of family members of political opponents.

The party’s Director of Elections, Elvis Afriyie-Ankrah, has also been captured encouraging his party hierarchy to consider street demonstrations and possibly sitting in at the Electoral Commission (EC) and also taking over the streets of Accra in their effort to prevent the commission from compiling a new voters’ register.

According to Mr. Nketia, Mr. Acheampong, in his new position, would be able to ‘cause mayhem’ during the 2020 polls.

“This is someone who deployed thugs who caused mayhem at a by-election, for which reason a commission was established. The commission came and declared the action as unlawful and recommended that he should be punished,” he said.

“Now, what President Akufo-Addo has done is to tell members of the Emile Short Commission that they should go to hell and tell anybody who is worried about vigilantism to go to hell. This action is going to legitimize the conduct of Bryan Acheampong and give him the legitimate authority to deploy thugs they have trained in the police to be deployed for election security,” he added.

There is no gainsaying the fact the NDC hit by the changes would include it in their pre-2020 polls agenda.

Former President John Mahama, who is staging a comeback for the NDC in 2020, has not left anybody in doubt about how his party intends to react to the new voters’ register and other emanating issues in the country.

He has been quoted as saying that the EC chairperson should be held responsible for violence in the country.

He has since incurred public opprobrium for what has been described as verbal recklessness from a former President.

The Emile Short Commission whose recommendations a government white paper rejected because they were not hinged upon basis is what  Mr. Nketia is standing on to discredit the changed security role of Mr. Acheampong.

The President also brought the Deputy Minister of the Interior, Henry Quartey, to the National Security Ministry.

With the Army now having a new Chief of Army Staff and the General Headquarters a new Chief of Staff and the Inspector-General of Police recently ordering some movements, the Commander-in-Chief is set for an election year nuances. He has told the world that he would ensure peaceful elections and has started just that with the security apparatus’ realignments and still counting.

The NDC’s violent body language could be responsible for the government abiding by the dictum ‘to be forewarned is to be forearmed.’

2m Children To Get Polio Vaccines