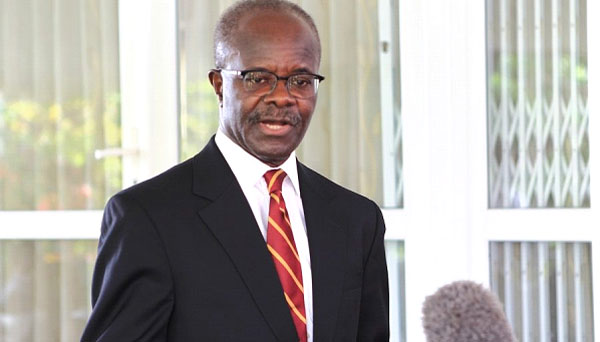 The Chairman of Groupe Nduom, Dr. Papa Kwesi Nduom, has sued the Bank of Ghana (BoG) and three others over the revocation of the licence of his GN Savings and Loans Company Limited.

The suit, which was filed jointly by Coconut Grove Beach Resort and Conference Centre Limited and Groupe Nduom (GN) Limited, is challenging the decision of the central bank to declare GN Savings and Loans Company insolvent leading to the revocation of its operating licence.

The suit is challenging the issue of insolvency claim by the BoG saying contrary to the central bank’s claims, a fair, truthful, just and independent assessment of GN Savings and Loans’ books would show it was very solvent “and particularly that the value of Gold Coast’s government infrastructure project portfolio, running in excess of GH¢2.2 billion in addition to other assets available to Groupe Nduom, could support the GN Savings and Loans to far exceed the value of its liabilities.”

According to the plaintiff, several government agencies owed them and the BoG cannot turn around to revoke their licence.

It said a considerable volume of the company’s assets “are funds that it has invested either directly or through its sister company, Gold Coast, in the government’s infrastructure projects as loans or advances to contractors who the government, through its various ministries, agencies and departments (hereinafter referred to as “MDAs”), have hired to execute such infrastructure projects.”

Among the reliefs being sought by the plaintiff include a declaration that by failing to take into accounts the indebtedness of the government of Ghana and its MDAs to Groupe Nduom, Gold Coast Advisors Limited or GN Bank before concluding that the savings and loans company was insolvent and, consequently, revoking its specialised deposit-taking licence violates their rights.

They also want an order of certiorari, quashing the decision in the notice issued by BoG which declared GN Savings and Loans Company insolvent and, consequently, revoked its licence to operate as a specialised deposit-taking institution.

Again, the suit is seeking an order on BoG to restore to the company its licence to enable it to continue operating as a specialised deposit-taking institution.

The Bank of Ghana on August 16, 2019 revoked the licences of some 23 insolvent savings and loans and finance house companies including GN Savings and Loans Ltd owned by Dr. Papa Kwesi Nduom.

According to the central bank’s report, GN Savings and Loans transferred $62 million and another £718,000 to its sister company in the US without the knowledge of BoG and the Ministry of Finance.

The BoG, in its release announcing the closures of the said financial institutions, indicated that the financial condition of the GN Savings and Loans Limited had deteriorated since its reclassification from GN Bank in 2018, with both negative capital adequacy ratio and negative net worth.

It added that GN Savings and Loans Capital Adequacy Ratio (CAR) was -61% in breach of the minimum requirement of 13%.