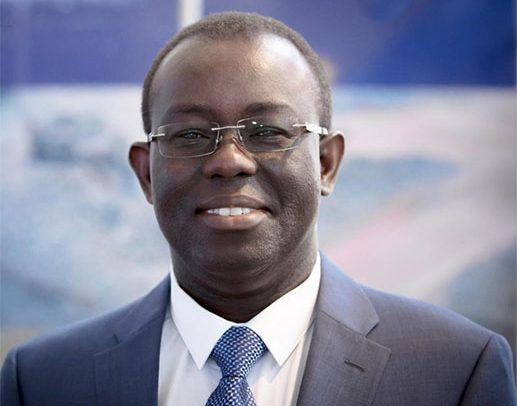 THE RECENT sale of 3,500 ounces of gold by Newmont Ghana to the Bank of Ghana (BOG) is a trail blazer, a template which has now paved the way for others operating in the industry to follow.

Speaking to the DAILY GUIDE after the epoch-making event, Kwame Addo-Kufuor Jnr, Vice President in charge of Government Relations and Strategic Development at Newmont, said the deal is one which would enhance the operations of the apex bank to better maintain its grip on foreign exchange and also the local currency.

It was late last year when the BoG, he said, approached Newmont for an arrangement to purchase gold from the gold industry giant, the first time such a request was coming from the apex bank.

An aspect of the pre-purchase deal by the apex bank was its approach to the Ghana Chamber of Mines (GCM) to notify it about its project to buy refined gold from local sources to shore up its reserves an idea which he said “we welcomed in principle.”

“We proactively approached the Bank of Ghana to discuss those issues. Once both parties were satisfied, we signed an agreement that met all the requirements of both parties in December 2021,” he said.

Until now, the BoG had a limited quantity of gold in its vault DAILY GUIDE has learnt. A source puts this at 8 tonnes and for a major gold producing country this sounds miniscule some industry observers have said.

“By the arrangement under review, a substantial appreciation of the gold reserve in the apex bank’s reserve exists,” he said.

The terms of the arrangement are that BoG will annually require 10,000 ounces of gold from the Chamber of Mines for the next four to five years of which Newmont will be required to contribute 3,500 ounces per annum based on its market share within the mining industry in Ghana.

Mr. Addo-Kufuor said “it is our expectation that the programme will serve its purpose as a long-term measure to help in stabilising the economy”.

The refined gold was sold to the Bank of Ghana at market price (using the London Bullion Market Association price).