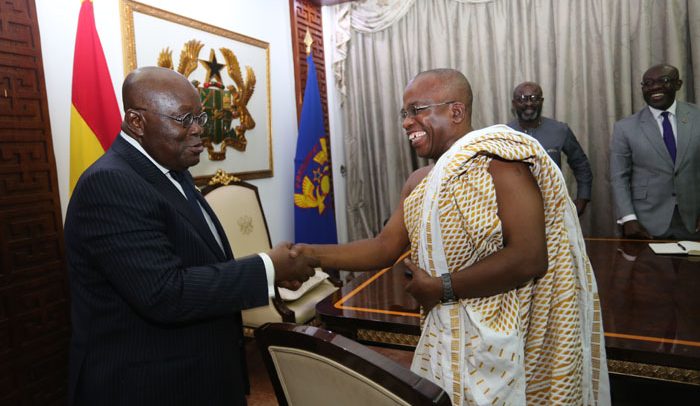 The National Media Commission (NMC) has asked for government support to enable it to carry out its constitutional mandate.

As it is now, the body that regulates media activities and operations is unable to perform its watchdog role because it is cash-trapped as suggested by the Chairman of the commission, Yaw Boadu-Ayeboafoh.

At a meeting with President Akufo-Addo at the Jubilee House (Presidency) in Accra on Wednesday evening, the NMC chairman expressed worry that the commission is heavily under resourced and said it was making it practically impossible to effectively monitor media output in the country.

“One of the things that we require as a regulatory body is a mechanism for the sustainable and effective monitoring of media output. From NMC account, we have close to 300 radio stations; that is a very enormous responsibility and, therefore, an effective monitoring system is very critical,” he said.

With that, the NMC boss said the commission needed approximately “between $3 million and $5 million dollars to set up an effective monitoring system.”

Apart from that, Mr. Boadu-Ayeboafoh stressed the need for government and the NMC to look at how the Ghana Broadcasting Corporation (GBC) can be turned into a true public broadcaster, saying “we have set up a committee that we think can be entrusted with the responsibility of looking at how to restructure GBC and make it the public broadcaster that we are looking for.”

That committee is set to be chaired by veteran broadcast journalist and former Information Minister, Elizabeth Ohene.

President Akufo-Addo described the call to reform GBC as welcome news and of great public interest.

He also said the request for resources to enable the NMC to deliver effectively was a legitimate one and gave an assurance that his administration would look at the issue and carry out appropriate budgetary allocation for commission.