‘No Compensation For Farms Destroyed By Elephants’ 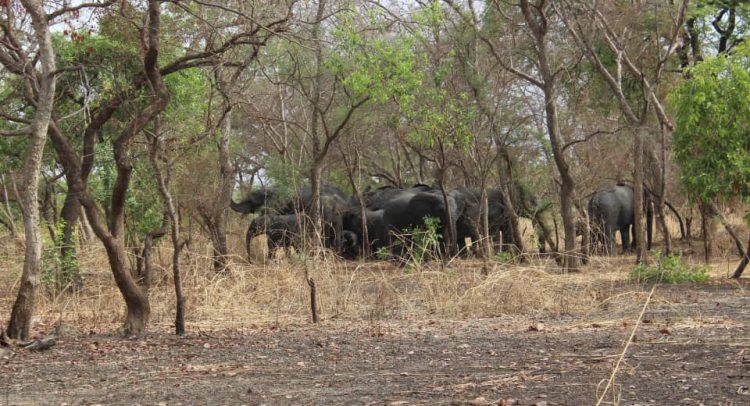 As the raining season continues and the forest reserves in the Upper East Region get greener, elephants from neighbouring in Burkina-Faso have started migrating through the Eastern Wildlife Corridor in the Region towards Togo, in search for food.

This is an annual occurrence and as these elephants move along the Nabdam-Talensi-Bawku West corridor, they destroy farms in the forest reserves, which results in misunderstandings between farmers and Wildlife officials who follow these elephants to protect them from harm.

The Wildlife Division of the Forestry Commission has warned farmers to desist from farming in the forest reserves.

According to the Upper East Regional Manager of Wildlife Division of the Forestry Commission, John Naada, there was no law on compensation for farmers whose farms are destroyed by wild animals including elephants passing through the forest reserves and therefore farmers farming in the reserves, despite the warning, do so at their own risk.

For years farmers whose farms have been destroyed by elephants have had serious misunderstandings with officials and many of them have demanded for compensation from government.

‘Gov’t Has No Intention To Kill Local Industries’