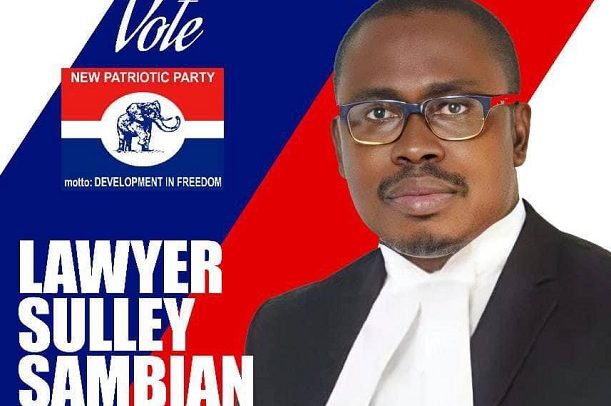 The North East Regional Secretary of the New Patriotic Party (NPP), Lawyer Sulley Sambian, has declared his intention to contest the internal primaries of the party to elect a parliamentary candidate to represent the party in the 2024 general elections.

“I, Sulley Sambian, by the privilege of God’s grace that lifts men, have this day, the 22nd day of November 2022, declared my intention to put myself up for the internal primaries of the NPP to elect a parliamentary candidate to represent the party in the 2024 general elections.”

According to him, the decision to contest is a result of calls from the elders, patrons, and opinion leaders of the Bunkpurugu Constituency.

He called on potential candidates to chart a path of a decent and decorous campaign, one anchored on the foundation of issues, rather than personality attacks.

“I reckon that we are in the era of competitive politics, and the almost irresistible temptation to go dirty stares all of us in the face. However, to reinforce the psyche of the grassroots, and by extension, the Ghanaian people towards breaking the eight, requires a collective responsibility to be civil and decorous in our campaigns.”