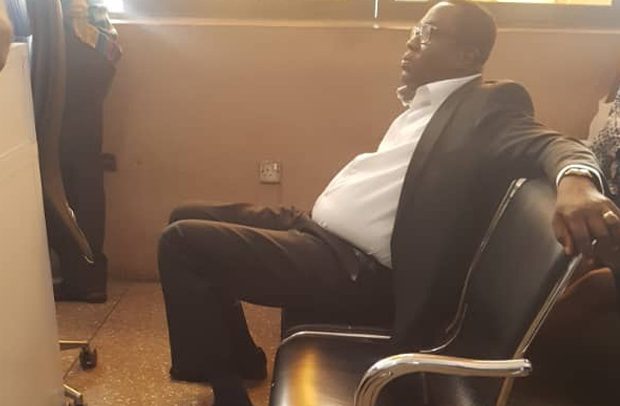 The CID of the Ghana Police Service had on Wednesday May 8, invited Mr. Ofosu Ampofo to answer questions on allegations of kidnappings and arson.

According to the CID, individuals it had picked up so far on suspicions of kidnapping and arson have mentioned Mr. Ofosu Ampofo “as part of a grand scheme designed to cause fear and panic in the country.”

Mr. Ofosu Ampofo is already standing trial for an alleged leaked tape in which he was purportedly heard instigating the assassination and kidnapping of certain persons in a bid to present the country as unsafe.

According to the NDC, the allegations against Mr. Ofosu Ampofo were “conjured up by the Police CID and it’s Director-General at the instigation of the Nana Addo Dankwa Akufo- Addo Government.”

It says “this has been done to divert attention from the growing lawlessness and violent crimes in our country which stems directly from the inability of the Nana Addo Dankwa Akufo-Addo Government to fashion out a robust security policy that guarantees the safety of Ghanaians.”

Addressing the media on behalf of the Council of Elders of the NDC, Alhaji Mahama Iddrisu, says “this latest invitation, in our view, is yet another case of intimidation and harassment being employed by the Nana Addo Dankwa Akufo Addo Government.”

He alleged that the NPP Government was “using the instrumentality of the Police, to instil fear in our Chairman and supporters of our party and to suppress dissenting voices in the country.”

He recounted that “a few months ago, the Police, based on a supposed leaked tape, invited the same National Chairman of our party for questioning. Subsequent to that invitation, charges were brought against him and our Deputy Communications Officer, Mr. Kwaku Boahen, for which they are currently appearing before court.”

According to him, “owing to the pendency of the matter before the court, we will refrain from commenting directly on the merits of the case.”

He added that “suffice it to say that we consider the decision of the Nana Addo Dankwa Akufo-Addo Government to prosecute our officials as malicious and intended to frustrate the work of the NDC and its mobilization towards the 2020 elections.”

Mr. Iddrisu lamented that “the intimidation has been taken a notch higher with yesterday’s invitation.”