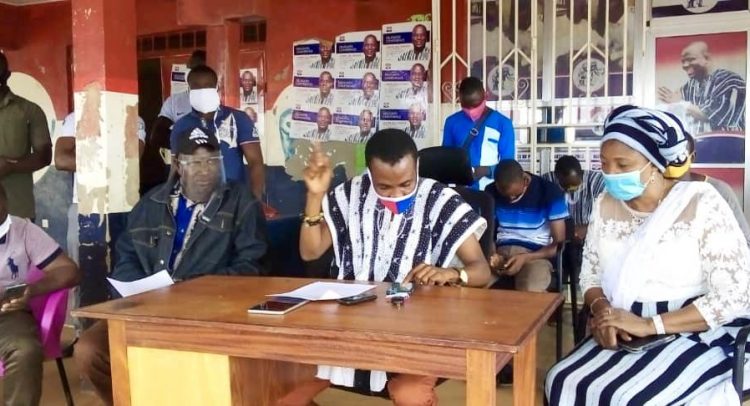 The ruling New Patriotic Party (NPP) secretariat in the Savannah Region has lambasted the opposition National Democratic Congress(NDC) for playing propaganda with the voters registration exercise in the region.

The NDC in the Savannah region accused the New Patriotic Party of busing people from across the country into Damango and Daboya Constituencies for the purpose of registering them in the ongoing voter’s registration exercise.

According to the NPP, the allegation is a palpable falsehood and that only the noisy NDC would put out such false allegations calling on the general public to disregard the claim.

The NPP claimed that three buses were intercepted by some vigilant Damango Youth on Saturday, July 11 on its way into Damango.

“The occupants confessed that they were rented from Accra by the NDC candidate and transported to be registered in Damango Constituency. The research assistant of the Member of the Parliament for Damango, Mr Kudus, was later identified as the one that led the said activity.”

The ruling New Patriotic Party(NPP) said the buses were accompanied to the police station and the case reported accordingly.

“How then would anyone accuse the NPP of doing exactly what a shameless political party as NDC is doing?.”

The Savannah Regional Communication Director, Mohammed Issah who addressed a press conference in Damongo told journalists that every single potential voter who hails from the Savannah region and or eligible to register and vote in the region must make it a point to come out and register to add that no one would be left behind in the exercise.

He stressed that the NDC has threatened to kill anyone who presents him/herself to register and subsequently vote for the NPP and its candidates.

“We take this opportunity to avert the minds of the Police and security agencies through the media on the inherent threats at the lives of the good people of the Savannah Region who may present themselves to register.”

The NPP Savannah Regional Communication Director assured that the party shall assist the security agencies in any form or shape to guard the lives of every citizen in the Region noting that the NPP stands for everyone regardless who you intend to vote for.

“ the NPP stands for Peace and Development: no desperate opposition shall be allowed to hurt a single citizen in their desperate attempt to come back for another round of miserable misrule.”

Mr Issah said the NPP Damongo constituency parliamentary candidate, Lawyer Abu Jinapo has been vilified unjustly by the NDC for his relentless efforts at helping the poor and vulnerable in the constituency.

“It forms part of the normal grieving process. They are equally calculated to distract the young man and the NPP from delivering. Thankfully, the party and government are very well focused. Lawyer Abu Jinapo, and all Parliamentary Candidates and the Nana Addo’s government shall form the next government.”