NPP Will Push NDC To Stop Insults With Sharp Teeth 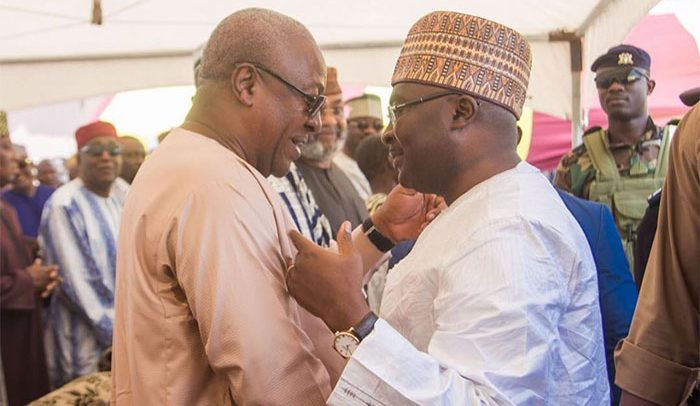 He said the Vice-President wanted to force the opposition NDC to redirect its politics of insults, mudslinging and propaganda to a healthier discourse that would solve the bread and butter issues and lead to accelerated development of the country.

“They (NDC members) don’t understand the psychology of Bawumia; if they do, they will appreciate the basis of the legacy challenge he has thrown to Mahama,” Dr. Boako said on Kasapa FM yesterday.

He insisted that political observers were seeing a change in the political discourse to development-based issues and the Vice-President would continue to draw the  attention of the NDC members to the fact that they had to come out and defend their records when they were in government and prove to them that negative propaganda does not help in nation-building.

“If you give them the playing field in the gutters they will beat you, but approaching 2020, we want to change the cycle of campaign and push them to defend their records,” he stated.

Recently, Dr. Bawumia threw a challenge to former President Mahama to show how he was able to contribute to the development of the northern regions where they both come from, and concluded that he wasted the opportunity given him.

The NDC members got incensed and immediately listed a number of projects they claimed Mr. Mahama brought to the people of the area, amid insults in their presentation.

Dr. Boako said their posture amply suggested that “if you put them to strict proof they would be found wanting.”

He said the main opposition NDC members were missing the point about this challenge because they had taken Dr. Bawumia for granted and it would worry them.

Dr. Bawumia’s spokesperson argued that the unpopular Savannah Accelerated Development Authority (SADA) should have been a big legacy to them, but was a wasted opportunity for northern development under former President Mahama.

“…They are ashamed to name it because of how badly it was handled under their regime,” he added.

For him, the skewed and one-sided campaign is over in the run-up to the 2020 elections, asking the NDC to fall in line and defend its legacies.

DOVVSU: The Journey So Far