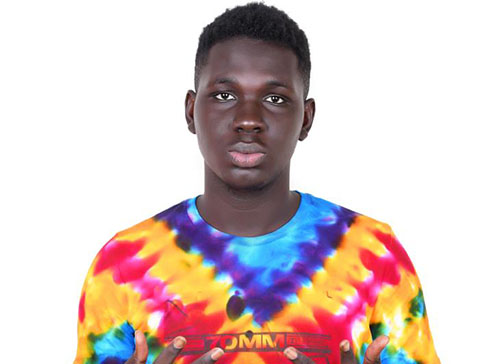 THE STORY of a young talented singer, Scott Kweku Amoah, who grew up in an orphanage, should serve as an inspiration to a lot of Ghanaian youth who are disadvantaged.

Kweku’s mother, Naomi Esi Amoah, owns an orphanage where he used to sing lullabies to the kids. Even though he had harnessed an ambition of becoming a musician, he could not connect to any musician to actualise his dreams until he met Kwesi Ofori (aka Kwasi Fori), a police officer and musician.

Officer Ofori and his Watch Your Tongue team visited Royal Seed Home at Kasoa to donate some items to the children at the orphanage.

Known as Kweku Phocus, Scott Kweku Amoah plays the keyboard, flute, and saxophone. His first single, titled Famous, recorded at Disaab Studio at Ablekuma in Accra and produced by Officer Kwasi Ofori, has been released.

Indicating that hard work pays, Kweku Phocus says he has a passion for music and craves to use his songs to motivate people and create awareness.

His single track Famous talks about the responsibility of a prominent person and how the youth should manage themselves when they become popular.