Our Manifesto Is A Contract – Akufo-Addo 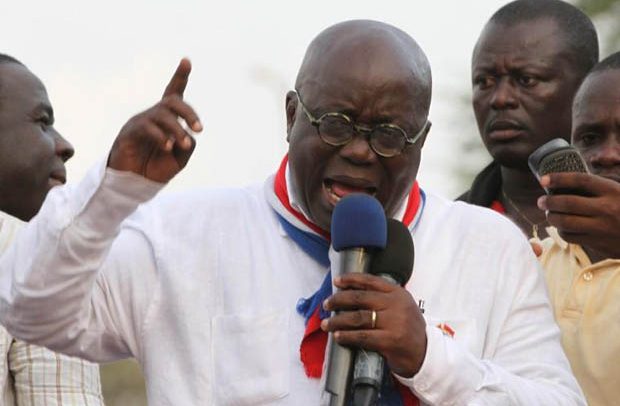 President Nana Addo Dankwa Akufo-Addo has stated that he still feels the 2020 Manifesto of the ruling New Patriotic Party (NPP) “is a solemn social contract between the electorate and the elected” and has vowed to ensure everything is done as he appeals to Ghanaians to renew his mandate based on his first term achievements.

Speaking in an interview on radio in the Bono Region last Friday, the President said his administration had improved the socio-economic welfare of the country and every sector had been lifted which deserved continuity.

According to him, he is seeking from Ghanaians a renewed mandate to consolidate the gains made and the solid foundation laid for the country’s economic and industrial development.

“My request to the people of the Bono Region is very simple. In 2016, I had no record as president when I was gunning for the presidency. You voted for me based on assurances and the record of the previous NPP government.
You have seen that the promises I made in the 2016 campaign, particularly the major ones, have been delivered. That tells you I am a truthful person,” he told Sunyani-based ‘Service Radio’.

President Akufo-Addo added, “Now that Ghanaians know that I am a truthful person, they should continue to have faith in me. This is my plea: have faith and confidence in me that if I promise I will deliver.”

He said the good works that his government had started should not be truncated in order not to sleepwalk the nation into a crisis again, noting “I have put before Ghanaians the work we have done. If you look at what we promised and the work that we have done, please give me the opportunity to continue with my work.”

“There are some of the projects which benefits do not come in handy within four years but in eight years you will be able to see the full results,” the President said code-mixing the Twi and English languages.

“I am pleading that you add more to the confidence you reposed in me in 2016 while running to ascend to the presidential seat for the ‘4 More to Nana and the NPP’ to work. Eleven out of 12 constituencies in the Bono Region voted for the NPP in 2016. Our plea is that on December 8 when the results start trickling in it will be 12 out of 12 and end it all,” he added.

Earlier, the President gave admonition to politicians to avoid politics of ethnicity and tribalism, which he indicated have the potential to send Ghana into the path of destruction.