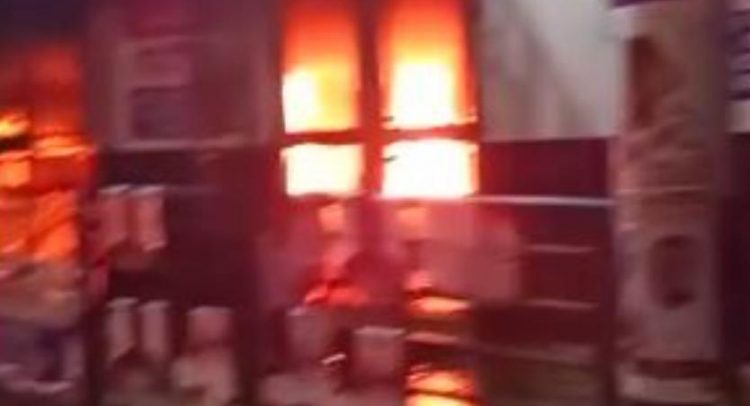 Police are on the heels of five supporters of the governing New Patriotic Party (NPP) for allegedly burning party office in the Aowin Constituency of the Western North Region.

According to the police, they are making all possible efforts to smoke out these suspects to face full rigors of the law.

Per information, the disgruntled supporters torched the office because of the decision by the National Council to re-run the constituency’s election.

This is because the National Council said the elections were fraught with irregularities and must be conducted again but the supporters say they are unhappy with the directive and are completely against it.

The supporters have vowed to resist every attempt to have the elections held again, hence the decision to set the party office ablaze over the weekend.

Reacting to the issue on 3FM on Monday May 23, 2022, the Aowin Divisional Police Commander, Chief Superintendent Samuel Okunor, said “we have activated all our informants and they are given us the lead to arrest these people”.

“We have gotten their names and we are tracking them. For now, we have got the information and we are working on it but we have not yet arrested anyone”.

“We have gotten five names and we have to locate where they live and then we pick them one by one”.

He wondered why they could take such action, adding that “the reasons are best known to them but as we have started, we will get to the bottom of the matter”.

“The place has been cordoned off for our investigations, then after that we will hand it over to the public, especially the party executives”.

He mentioned that “some documents have been burnt in the office but we don’t know whether anybody carried any document away”.