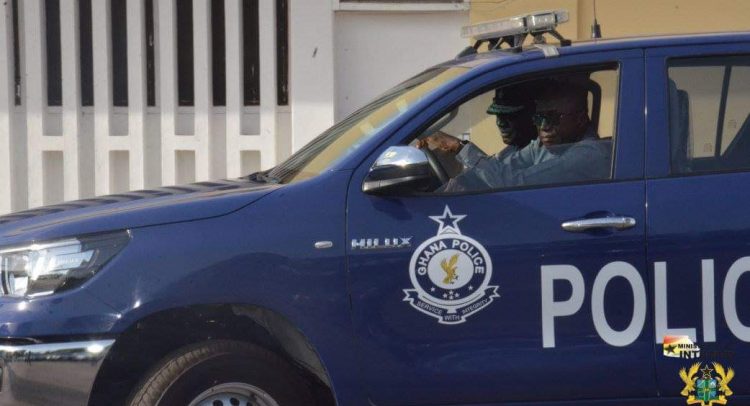 The commitment of government to provide the Ghana Police Service with the necessary tools to carry out its mandate cannot be in doubt.

Since assuming the mantle of leadership of the country, President Akufo-Addo has not stopped giving this assurance and even providing vehicles periodically.

These have been provided at different times, with yesterday being the latest in the series of presentation of vehicles. Earlier, top of the range Cross Country vehicles were provided for members of the Police Management Board in a bid to get utmost commitment from such superior officers. After all, no amount of money is too big for the security of the country. Ghanaians should feel safe to carry out their legitimate businesses.

Vice-President Mahamudu Bawumia presented 109 buses to the police at a ceremony at the Police Headquarters yesterday, of course, in furtherance of the commitment of his boss to put at the disposal of the law enforcement personnel all they need to be efficient. Earlier, some Toyota Corolla cars were presented to the various strata of the police.

By this unalloyed commitment, we shall no longer witness police vehicles with their exhaust pipes emitting dangerous fumes on the streets as though nobody cares.

It is one thing receiving these expensive transport gadgets whose role in the enforcement of the law and even the apprehension of criminals cannot be overlooked, and another thing keeping them spick and span.

However, we have made a sad observation about the inability of the police to maintain vehicles in their fleet across the country.

Many of their vehicles are lying at the various police workshops, including expensive motorbikes derelict all because there are no spare parts to return them to the roads.

It is an unfortunate observation that the police have a poor maintenance record and this does not inure to the interest of their vehicles.

The only way to ensure the longevity of vehicles is to ensure periodic maintenance culture – something not a feature in the police. It would be interesting to, for instance, find out the state of the vehicles which were recently presented to them by government.

We demand that the Police Administration instills in their personnel the spirit of unalloyed maintenance culture because new vehicles are very expensive, their costs, of course, charged on the state purse.

A way of sanctioning drivers whose recklessness leads to vehicles breaking down avoidably should be sought and applied.

If the police are finding it difficult to maintain their vehicles, let them consider borrowing a leaf from the military whose track record in this direction is light years ahead of the police.

It would be important to take note of the date when these vehicles and subsequent ones are presented to the police. Periodic auditing of the state of the vehicles should be undertaken and where queries need to be issued, so be it. A naming and shaming of commanders who fail to ensure maintenance culture would not be a bad idea.

When the Inspector-General of Police, David Asante-Apeatu, while announcing the provision of a patrol vehicle to the Community 25, emphasised that it was meant for that purpose and not as he put it “a command vehicle”, he knew what he was talking about. Some commanders, apart from diverting vehicles from their official schedules, fail to ensure that routine procedures such as oil change and the like are done.

The lifespan of new vehicles should not be below five years. This can only be attained when a maintenance culture is sustained.