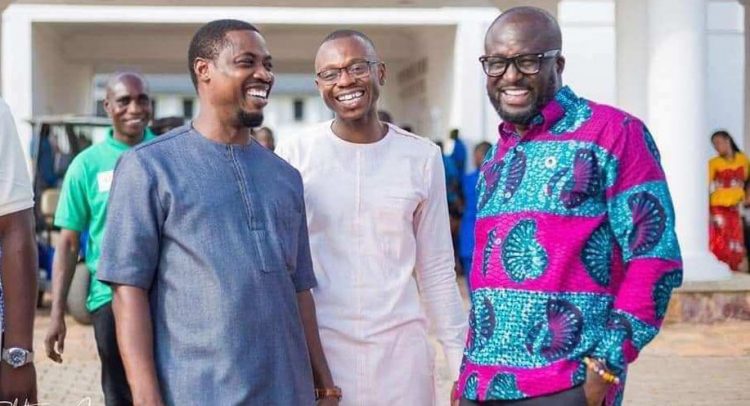 The correspondence from one of the sacked Deputy Chief Executive Officers of the National Youth Authority (NYA) to the President has unsealed the can of worms at the state agency.

Richard Obeng Joojo Obeng aka Rocky could not have exposed any better the rot at the state agency than “management minutes and internal payment documents clearly show that I and a few good people have, indeed, held and taken the strongest possible opposition to the NYA-Prefos streetlight training engagements.”

Even as Mr.Obeng distanced himself from the breaches which clouded the operations of the NYA, he unwittingly endorsed the need for the action which the President took.

Considered as another action yet taken by the President in response to a glaring case of official impropriety, the Chief Executive Officer of the NYA, Emmanuel Sin-Nyet Asagiri Signet, and his two deputies? Bright K. Acheampong and Mr. Obeng? were fired last week.

It follows in the heels of the action the President took against the CEO of the Public Procurement Authority (PPA) when a documentary titled ‘Contracts For Sale’ by Manasseh Azure Awuni exposed alleged conflict of interest which are currently a subject of investigation by anti-graft agencies.

In setting the records straight, the former deputy CEO stated in his acceptance letter that “I have no hand in the recently reported procurement violations at NYA.”

According to him, “I refused to ever approve any payments intended to that company (Prefos). I did not approve the over one million and eight hundred thousand Ghana Cedis (GH¢ 1.8 million).”

He said that he actually stopped the payment voucher covering the transaction and kept the document, which he added, is still in his possession. He could not, however, explain why in spite of his ‘blockade’ of the payment voucher a cheque was still written, saying that “I leave it to the team of investigators and possibly prosecutors.”

He claimed to have told the Director of Procurement to consider opening a bid for the transaction if he should be part of the arrangement.

“Together with my colleague Deputy in charge of Operations, I proceeded to the Chief Executive Officer in his office and gave my professional advice which essentially cautioned him not to proceed.”

He went to explain that since his advice was ignored, he decided not to append his approval to the transaction.

The victim of the NYA anomalies became philosophical when he said, “I am happy that I discharged my duties with the highest level of patriotism and integrity and didn’t bother even if it meant becoming a victim of collective action such as this.”

He is longing for an expedited investigation so that “the truth will become prominent for all to see.”

Mr. Obeng is looking forward to the sanctioning of all who contributed to the mess, which as he put it, “has dented the image of the government.”

It is not known whether his colleagues would be bold to release their versions of what transpired at the NYA and eventually claimed their appointments so ignobly.

The procurement breaches in the awarding of street light contract to a private company made it to the media and causing much discomfort to government.

The NYA CEO was given the option to resign but that not forthcoming, the President directed the application of the last resort-dismissal.

All three NYA bosses received termination letters written on Tuesday, September 3 and signed by the Minister of Youth and Sports, Isaac Kwame Asiamah, under whose ministry the NYA operates.

The letter which was copied to the Vice President, the Chief of Staff, Secretary to the President, Board Chairperson of NYA, as well as the Director of Technical Projects at NYA, made reference to their respective appointments in February and April 2017.

“I regret to inform you that the President has terminated your appointment,” the letters read and added that “You are directed to hand over your office to Mr. Emmanuel Anaman-Mensah, Director of Technical Projects of the authority, and proceed to collect any terminal benefits or facilities due you under relevant law.”