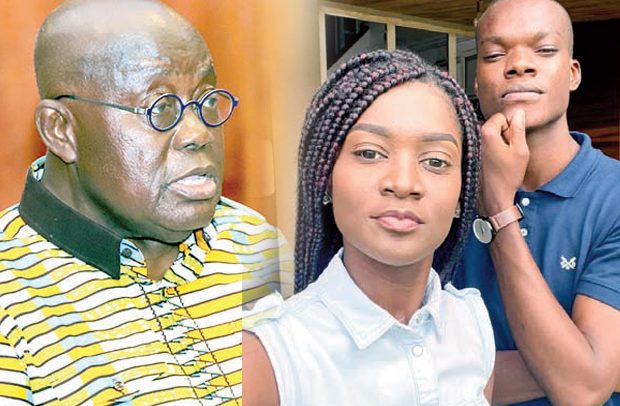 President Akufo-Addo has waded into the impasse generated by an allegation that a journalist of Accra-based Citi FM was manhandled by National Security operatives.

To this end, he has directed his Secretary, Nana Bediatuo Asante, to intervene following which the scribe has already ‘reached out to the affected journalists to ascertain their well-being’, according to a statement from the Communications Directorate at the Presidency.

The foregone notwithstanding, the President has charged the National Security Minister “to investigate the incident and report to him within 72 hours.”

The statement explained that the President seeks to ensure that the security officials and the journalists “conducted themselves in a manner consistent with our laws.”

Even as the two-pronged approach to resolving the impasse is on, the public and the media have been urged to exercise “circumspection while the matter is fully investigated.”

The whole brouhaha started when National Security operatives detained Caleb Kudah, a journalist of Citi FM, for allegedly filming on the premises of the National Security Ministry, a restricted area, on Tuesday.

According to the operatives, the journalist surreptitiously forwarded the footage he captured from the restricted zone to his colleague, Ms. Zoe Abu-Baidoo, who was also brought in later for questioning after sending armed operatives to the station located at Adabraka, Accra.

Ms. Baidoo was released a few hours after they picked her, and Caleb was also subsequently released after questioning.

In the ensuing heat, the Ministry of National Security in a statement authored by the Chief Director, Lt Col. Ababio Serebour (Rtd), explained the circumstances surrounding what has now become a heated media issue.

On May 11, 2021, he explained that Mr. Kudah was seen filming within the precincts of a National Security installation in breach of the ‘No photography’ rules at such security zones.

It was also established during interrogation that he gained access to the location through false pretence.

Continuing, the statement pointed out that the journalist surreptitiously forwarded the footage to Ms. Zoe Abu-Baidoo.

Having declined an invitation for interrogation, the statement said Ms. Abu-Baidoo was also picked up by operatives of the ministry.

They were released on the same day after interrogation, the statement added.

The ministry reiterated its respect for the rights and freedoms of the citizenry, and added that it remains a cornerstone in their operations even as it safeguards the peace and stability of the state.

The Ministry of National Security, the statement added, “strives, at all times, to uphold the ethics and professional standards guiding operational duties. This includes, but not limited to, interrogation processes for persons who are required to assist in investigations.”

The ministry, the statement stressed, “takes with all seriousness the allegations of manhandling of the two journalists during the interrogation. The ministry has therefore initiated investigations into the said allegations.”

Following their respective release, Citi TV held a programme for its journalists where Kudah claimed that he had to conceal his ethnicity because if the operatives got to know he was from the Ewe ethnic grouping, they were going to intensify his beating.

He claimed he was slapped from behind and kicked in the groin as well.

The probe, as ordered by the President, would definitely seek to establish the authenticity or otherwise of this allegation.

Yesterday, Information Minister, Kojo Oppong Nkrumah visited the two journalists to commiserate with them and assured them of further investigations on the matter.

“As a colleague and as a minister for the sector, I came by this morning to pay you a visit and also to express to you the worry with which we received the account on what transpired at the National Security. We were worried because it does not reflect how staff of a security agency should treat anybody, be the person a citizen, let alone a journalist.

“If that person is under investigation, assisting an investigation or being suspected as having done something untoward like in this case the suspicion of going contrary to the rules there, it still will not warrant that particular conduct as reported,” Mr. Oppong Nkrumah said.

The outgoing Ghana Journalists Association President, Roland Affail Monney, who earlier granted interview on the matter, held a press conference condemning how some sections of the media are misconstruing his comment that the journalist breached the code of ethics by going to a restricted area to film.

“On Wednesday, May 12, 2021, around 5:40 pm I granted an interview at Kumasi Airport to Joy FM. Admittedly, the information I had was sketchy. So I reluctantly went ahead to speak to the issue. I began by instinctively and profoundly expressing my tenderest solicitude to and fullest solidarity with the two journalists,” he said, adding that “Indeed, I faulted Caleb whom I thought was ‘openly’ filming a video at the Ministry of National Security before his arrest.”

He said, “I, however, added pointedly that the alleged ethical breach did not, and, does not justify the inordinate use of force and intimidatory tactics against the poor journalists. I roundly condemned the ‘massive’ invasion of Citi FM premises by security operatives to scale up the degree of intimidation against the entire staff and management. I again said that the response by these security operatives was totally out of proportion to the so-called offence by Caleb. It clearly violated the law of proportionality.”

“Unsurprisingly, my condemnation of the office invasion and physical brutalisation was muted while my comment on Caleb’s ethical style was tilted and overly highlighted, obviously to achieve certain sensational ends,” he lamented.