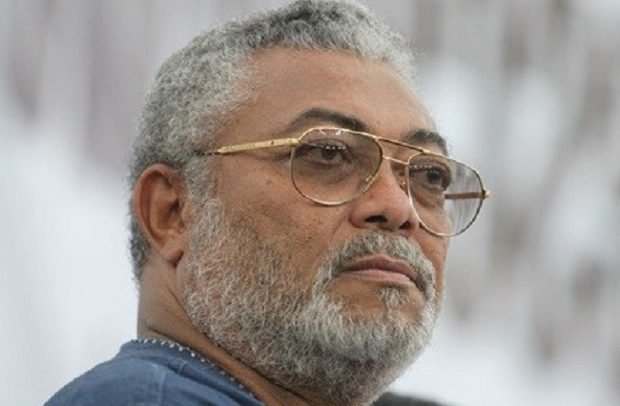 Former President, Jerry John Rawlings, is still not happy with the leadership of the party he founded, the National Democratic Congress (NDC).

This is because of the continuous ignoring of his advice by the NDC leadership not to allow money to influence their sense of judgment while seeking to recapture power in 2020 after the party’s humiliating defeat in the 2016 election.

Mr Rawlings’ lamentation comes on the heels of last Saturday’s regional executives elections held across the country by the NDC.

The former Ghanaian leader, who prior to the elections had advised the delegates of the party, not to allow themselves to be bought with money, bemoaned the scourge of what he termed monetisation which had engulfed Ghana’s body politic, “especially during the recently-held regional elections of the opposition NDC.”

According to him, some of the winners used money and other material inducements to win votes.

Mr Rawlings, therefore, called on supporters of the NDC to be on the lookout for those “self-centered personalities” who managed to slip through to win positions and “not allow such people to dilute, contaminate and weaken the progress that has been made.”

In a statement, Mr Rawlings called on members of the party not to rest on their oars after the successful conclusion of the regional elections but work towards confronting the bigger challenges facing the party.

“I wish to congratulate all members of the party for a generally incident-free conduct of the process. My congratulations also go to all who deservingly won their positions through the pursuit of the party’s ideals of truth and integrity.

“I must commend delegates who defied the shameful and vulgar inducements by some candidates and their sponsors, and defiantly chose to elect those whose commitment and dedication to the party is unquestionable,” he said in the statement.

According to the statement, while the results of the elections were a good indication of the sense of purpose of delegates and the membership of the party at large, they cannot rest on their oars.

“As a party that seeks to rebuild and strengthen itself, it is imperative that we see the results of the last elections as a small step towards confronting the bigger challenges facing the party.

“As we work towards the selection of national executives, we should be guided by the enormity of the obstacles well-resourced individuals with parochial agenda will place in our way. We have to confront these stumbling blocks and ensure that the image and strength of the party comes first,” the statement concluded.

Returning 7 Banks To Owners: Adongo On His Own – Fifi Kwetey