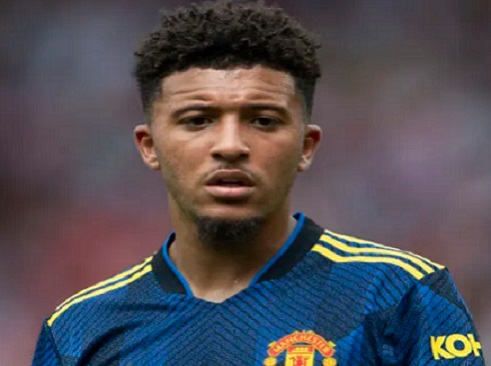 Sancho, 21, moved from the German side to Old Trafford this summer for £73million but is yet to fully break into the starting team and has only made one 90-minute appearance so far.

And Dortmund chief executive Watzke told Sport1 the Red Devils’ apparent lack of faith in the England winger is hurting him.

He said: “I love Jadon, when you see him playing you get tears in your eyes. It hurts my soul that he is given so little consideration.

“I think his problem is that he’s not set in the English national team. This squad, when it’s depleted, still isn’t up there with the best in the Premier League.”

Watzke reluctantly sanctioned the sale of Sancho to United after Ole Gunnar Solskjaer’s side had pursued him for more than a year.

The former Manchester City academy product has only started two Premier League games and was an unused substitute as his side lost 1-0 at home to Aston Villa – with 34-year-old Edinson Cavani preferred.

Sancho made his debut at the Bundesliga outfit, becoming one of the most coveted players in Europe after delivering 50 goals and 64 assists in 137 matches.

However, Mason Greenwood has generally been preferred in the right-wing role by Norwegian manager Solskjaer.