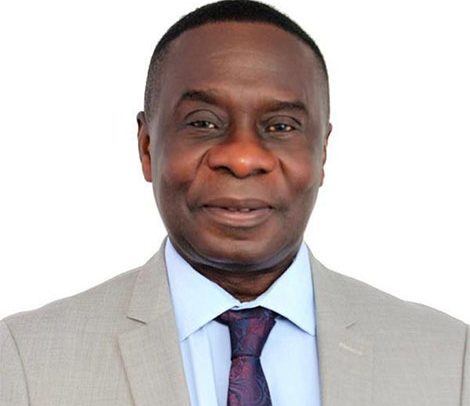 The opposition National Democratic Congress (NDC) Member of Parliament, James Gyekye Quayson, whose election was challenged on the grounds that he was holding dual citizenship, has been ordered by a Cape Coast High Court to vacate Parliament with immediate effect.

It follows the cancellation of the results of parliamentary elections in the Assin North Constituency in the Central Region, which Mr. Quayson won on December 7, 2020.

The court, presided over by Justice Kwasi Boakye, then ordered for fresh elections to be conducted in the constituency after the court was able to establish that the MP was holding Canadian citizenship when he was filing his papers to contest the election, which is against the laws of the country.

The court subsequently ordered that the filing of parliamentary nomination forms by Mr. Quayson when he held a Canadian Citizenship at the time of filing the said nomination forms between October 5-9, 2020 with the Electoral Commission (EC) violates Article 94 [2] [a] of the 1992 Constitution, Section 9 [2] [a] of PNDCL 284 and C.I. 127.

The court also ordered that the EC’s decision to clear Mr. Quayson to contest the parliamentary elections in the Assin North Constituency when the latter was not qualified as a candidate on account of his holding allegiance to Canada other than Ghana, violates Article 92 [2] [a] of the 1992 Constitution, Section 9 [2] [a] of PNDCL 284, as amended and C.I. 127.

According to the court, the decision by the EC to allow Mr. Quayson to contest the parliamentary elections in the Assin North Constituency when he held a Canadian Citizenship at the time of filing his nomination forms, violates the electoral laws of Ghana and is of no legal consequence.

The court also overruled the MP’s challenge that the petitioner, Michael Ankomah Nimfah, did not have the capacity to mount the challenge, and said the petition was competent because the jurisdiction of the court was properly invoked by the petitioner.

The court held that the independence of the EC in the conduct of elections is always guaranteed and the court can only intervene when an illegality resulting in an unconstitutional action has been committed by the commission.

With the court’s decision, a by-election in Assin North has become imminent, unless the ‘MP’ is able to overturn the decision at a higher court.

The NDC has already served notice that it is going to challenge the ruling and said it was preparing to file for a stay of proceedings pending an appeal.

The NDC, per the ruling, is going to have 136 seats against the NPP’s 137, as well as another seat occupied by an independent MP.

In the election that brought Mr. Quayson to the legislature, he had polled 17, 498 representing 55.21% whilst the NDC’s rival, the New Patriotic Party (NPP) candidate Abena Durowaa Mensah who was the incumbent, managed 14,193, representing 44.79%.

There was confusion in Parliament on the eve of January 6, 2021, following a decision by the Clerk of Parliament to prevent Mr. Quayson from taking part in the election of the Speaker of Parliament.

At the time, the High Court had barred Mr. Quayson from holding himself as an MP.

But the members on the NDC Minority side insisted that Mr. Quayson should be allowed to exercise his franchise and after several hours of chaos in the House, he was allowed to participate in the election which brought in Alban Kingsford Bagbin as the new Speaker.

Some NPP members are calling for the prosecution of the NDC MP since they said he committed perjury.

Mr. Gyekye’s case appears to be similar to the NPP MP for Bawku Central, late Adam Damani Sakande, who was jailed over a similar incident and his seat taken from him on the grounds that he held British citizenship.

Adamu Dramani Sakande contested and defeated the NDC’s Mahama Ayariga in the 2008 parliamentary election but the NDC and Mahama Ayariga instigated a cattle dealer called Sumaila Beilbiel to challenge the MP on the grounds that he was a British.

He went to prison in 2012 for almost two years and was subsequently pardoned by then President John Dramani Mahama.

Mahama Ayariga, knowing that his main competitor was not around, returned to contest the seat and won in 2012 and has been in Parliament ever since.

The convicted MP later left for the UK, where he died subsequently.

The petitioner, Michael Ankomah Nimfah, on January 6, 2021, applied for an interlocutory injunction to restrain the MP-elect from being sworn in and holding himself as MP for Assin North because he claimed the MP held Canadian citizenship.

The court granted the application, but in flagrant disregard for the court’s order, the MP-elect then was subsequently sworn in to be part of the Eighth Parliament of the Fourth of Republic on January 7.

In the substantive petition that challenged the qualification to be an MP, the petitioner intimated that per Article 94 of the 1992 Constitution, the Representation of the People Law, Act 284 and the CI 127, Mr. Quayson was not qualified at the time of filing to contest the 2020 parliamentary elections, and should be disqualified.

The petitioner had claimed that as at the time Mr. Quayson was filing his papers with the Electoral Commission to enable him to go to Parliament, he was holding dual citizenship (both Ghanaian and Canadian), which the 1992 Constitution expressly does not allow for all those aspiring to hold public office in Ghana.

The petitioners therefore, asked the court to declare the Assin North Parliamentary Election null and void, and order fresh election.

The MP fought back, arguing that it is not at the time of filing to contest that should be used to disqualify a candidate.

He insisted that once the application to renounce the citizenship was set in motion, it was deemed to be effective, and also held that it is at the time of being sworn in as the MP, that the law applies.

In the course of the trial, the ‘MP’ kept changing his lawyers, a move his NPP opponents said cynically that it was part of the agenda to delay the trial.

Before Mr. Amaliba left the case, it was being handled by Victor Kojogah Adawudu, an NDC lawyer, who started the case, and Abraham Amaliba also of the NDC took over and had running ‘battles’ with the court.

In the latter stages, Justin Teriwagah, announced himself as representing the MP after Mr. Amaliba had abandoned the case.

One leg of the case went to the Supreme Court and the MP had to withdraw the application that was seeking to bar the trial judge from hearing the case because he realised they were in the wrong forum.

They also at a point wanted a stay of proceedings from the Court of Appeal in Cape Coast and that was also dismissed.