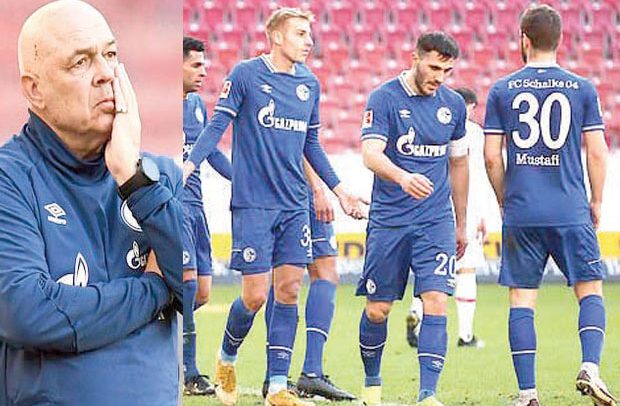 Schalke’s problems continued yesterday as they sacked their first-team leadership to become the first club in Bundesliga history with five different coaches in a season.

Following Saturday’s 5-1 defeat at Stuttgart, the Bundesliga’s worst side in over 50 years have taken dramatic measures in a desperate attempt to halt the free fall towards a first relegation since 1988.

“Squad manager, Sascha Riether, and Werner Leuthard, head of performance, have also been released. The supervisory board also decided during a conference call to lay off Jochen Schneider, the sport and communications executive, with immediate effect,” it added.

Peter Knabel, a coach and director of the youth academy at Schalke, will take over the sporting leadership of the club, while a new coach is yet to be appointed.

The next coach will be the club’s fifth in the season following David Wagner, Manuel Baum, Huub Stevens and Gross. This is a record in the Bundesliga’s nearly 60-year-long history, with the record of four different coaches held by several clubs including Hamburg and Hertha Berlin.

“The decisions made today became inevitable after the disappointing results against Dortmund and Stuttgart,” said Jens Buchta, the head of the supervisory board. “We must not beat around the bush. The sporting situation is obvious. That’s why we must think ahead to the new season with every personnel decision we take now.”

Buchta was only promoted to the position after the long-term club chief, Clemens Tonnies, departed last summer after making racist remarks in 2019. With nine points from 23 games, Schalke trail Arminia Bielefeld in the relegation playoff place by nine points.

The Royal Blues must dramatically turn around their season to stay up in the remaining 11 fixtures, with no Bundesliga side ever managing to stay up with such a record after 23 games.