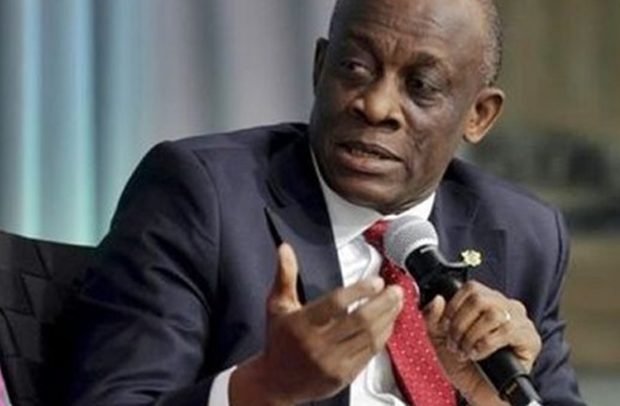 Mr Terkper, however, stated that he cannot be blamed for the crisis which has caused the collapse of seven indigenous Ghanaian banks.

According to him, “I will take responsibility not the blame; you can do the blame game.”

He disclosed this while speaking to Johnny Hughes of TV3 Magazine Show, New Day on Thursday.

UT Bank and Capital Bank were taken over by the Ghana Commercial Bank (GCB) in August 2017 while the five banks were merged into the Consolidated Bank of Ghana in August 2018 by the Central Bank due to the severe nature of their capital adequacy ratios.

Under the tenure of Mr Terkper, Ghana experienced one of its worst economic crisis from 2012.

The licences of the seven defunct banks, according to industry stakeholders, were expected to be revoked in 2015 when Mr Terkper served Finance Minister.

The NDC administration, at the time, failed to take steps to close down the banks even though their continuous existence posed a threat to depositors’ funds.

However, Mr Terkper contended that the government at the time took steps to prevent the crisis.

According to him, the government paid a substantial amount of the legacy debt of the Volta River Authority, which many believe partly caused the financial crisis in the banking industry.
He stated that the debt “exposed the banking sector to the possibility of systemic risk as the magnitude of the exposure weigh heavily on the assets quality of the banks.”

Mr. Terkper said that as at the end of December 2016, an amount of $228.82 million of the debt amount had been paid to the banks.
The former Finance Minister noted that the indebtedness of the state-owned enterprises to the banking sector, especially those from road contractors, negatively affected the banks in the country.

He stated that “the largest component of arrears which is owed to contractors is owed banks.”

He, however, subtly condemned the current Akufo-Addo New Patriotic Party (NPP) administration for failing to undertake a similar restructuring initiative for the road sector as it did with the energy sector to avert the banking crisis.

“Could a similar restructuring (like the energy one) early enough save the situation? I believe so because when we did it there weren’t a lot of noise, there wasn’t fear and panic, and we were open and said this is the solution,” Mr Terkper said.

“Under my watch in the overall management of events, I believe you were also privy to the debate; a very intense one which was IMF condition about how government was to allow autonomy to the Central Bank,” he added.

However, many financial analysts have praised the Akufo-Addo’s administration for taking bold steps to sanitize the banking sector.