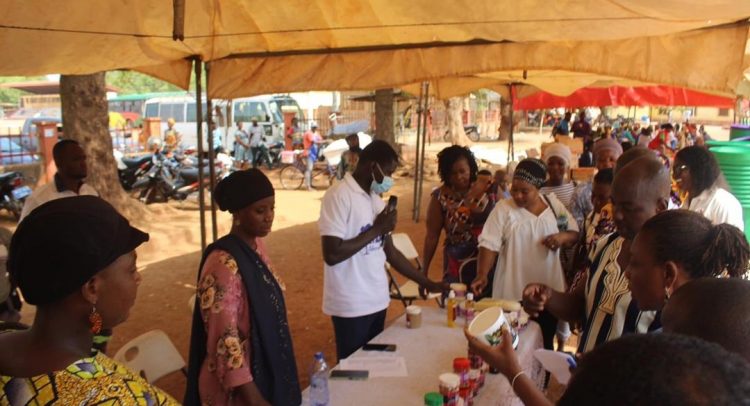 Shea Network Ghana in collaboration with Tungteiya Women’s Association has held a ‘Trade Fair’ sponsored by OXFAM and the Global Affairs Canada in Tamale in the Northern region.

The Trade Fair, forms part of the implementation of the “Gender Responsive Skills Development Training”, one of the four pillars of the Women’s Economic Advancement for Collective Transformation (WEACT), a five-year project implemented by the Shea Network Ghana and its partners.

The project seeks to address the economic barriers to women’s economic empowerment and to directly give a voice to approximately 5, 400 women and girls and 3, 510 men by the end of the 5 years.

The Trade Fair brought together one hundred and fifteen ( 115) women beneficiaries from 5 Districts made up of 90 WEACT members and 25 members of the System Innovation for Women Economic Empowerment (SIWEE) project.

Madam Iddrisu Hubaida, WEACT Project Manager, Shea Network Ghana on behalf of the National Coordinator for Shea Network Ghana Mr. Iddi Zakaria, indicated that some businesses within the Shea value chain also took part in the trade fair to exhibit their products and their prices, as well as network and share ideas with some beneficiaries towards a successful launch of their businesses. 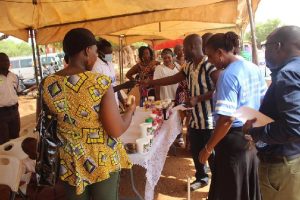 According to her, the Gender Responsive Skills Development Training is one of the components of WEACT and seeks to empower women financially through initiatives such as women’s equality drives and inclusivity, agricultural financial services, cooperatives, financial literacy training, Cocoa and Shea value chains entrepreneurship, among others.

Madam Hubaida urged the beneficiaries, to take advantage of the opportunity to network, share ideas, exchange contacts and create symbiotic relationships among themselves and the dealers to help expand their businesses.

The Gender officer at OXFAM, Madam Fati Alhassan said the project seeks to break economic barriers for women and called on stakeholders to assist women to progress and ensure that they are financially stable and capable of supporting their families.

“ we know that socially and culturally many barriers prevent women from progressing in their lives and so this project is working to break those economic barriers such as access to lands, access to credit, and even the burden of domestic work which becomes a hindrance in participating in economic activities.”