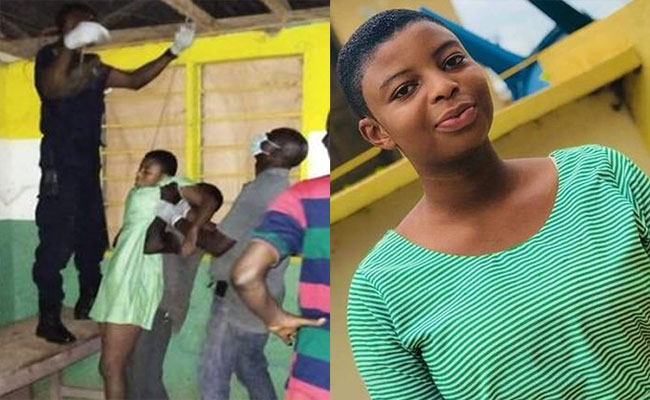 Leticia Kyere Pinaman, 16, a second-year student of Miracle Senior High School has committed suicide by hanging in Sunyani in the Bono region.

According to information gathered by DGN Online, the late Leticia was found hanging at the school’s dinning hall with a note: “There is so much sorry and pain in my heart”.

Speaking to Sunyani-based radio station Sky FM monitored by DGN Online, headmistress of the school, Gifty Acheampong said the late Leticia has been moody for some days now but was unable to find what the actual cause was.

“I was at the kitchen when I heard the students shouting and I rushed there and saw the dead body hanging at the dinning hall “, she said.

Mrs. Acheampong added that the parents of the late Leticia were yet to be informed of the incident.

Meanwhile, the dead body has been deposited at the Sunyani Municipal hospital mortuary for preservation.