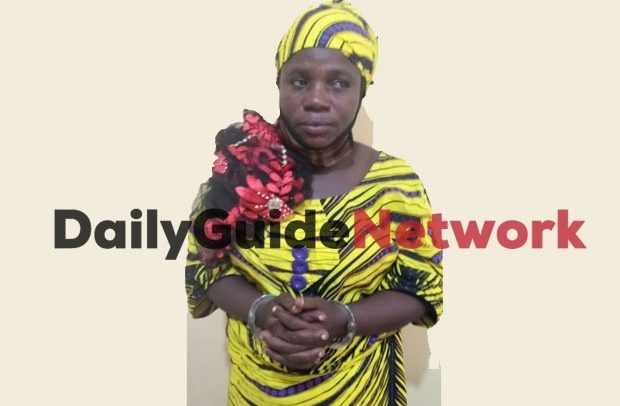 Sherina Mohammed alias Hajia Filipina — the prime suspect in the gruesome lynching of Akua Denteh, a 90-year-old woman at Kafaba in the East Gonja Municipality of the Savannah Region, over allegation of witchcraft — has been nabbed by the police.

The Savannah Regional Police Commander, DCOP Enoch Adutwum Bediako, who confirmed the arrest to DAILY GUIDE, said the suspect, believed to be about 40 years old, was hiding at Yeji in the Bono East Region.

Following her arrest on Monday night, she was moved from Yeji to the Savannah Regional Police Command in Damongo the next morning for further interrogation.

According to the Commander, during preliminary investigation, Hajia Filipina admitted that she was the person seen in the video taking part in the lynching of the 90-year-old woman.

The Commander said the suspect was expected to be put before the Bole District Magistrate Court today and would face a provisional charge of murder.

DCOP Bediako revealed that informants who gave the police leads to arrest the suspects had been paid their rewards.

Hajia Filipina was brought to Kafaba to allegedly exorcise people of witchcraft and after some purported rituals, she reportedly labelled the 90-year-old woman as a witch. There were also 17 old women the so-called spiritualist claimed were witches.

DAILY GUIDE understands that when Akua Denteh was informed, she denied being a witch and appealed to Hajia Filipina and her gang to spare her, but her plea fell on deaf ears.

Already, Latifah Bumaye, 25, a trader believed to be an associate of the ringleader and five other accused persons have been arrested and put before the Bole District Magistrate court and demanded to reappear in court on August 20.

The five, believed to have participated in the lynching which has since sparked national outrage, have been remanded in police custody by a district court at Bole.

The Chief of Kafaba, Seidu Yahaya, under whose jurisdiction the incident occurred, has also been granted police inquiry bail.

Bumaye has been arraigned after being arrested at Kejewu Bator, a fishing community under Abrumase Police Station within the Salaga Division in the East Gonja whilst going to Yeji last Friday.