Surveyors To Contribute To ‘Ghana Beyond Aid’ 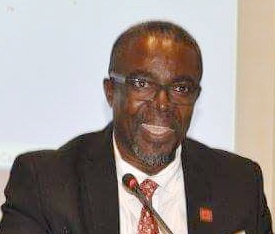 Licensed Surveyors Association of Ghana (LISAG) has held its annual general meeting and maiden seminar in Accra for its members to find strategies to be more relevant in the current government’s policy objective of “Ghana Beyond Aid”.

It was held under the theme: “Land Ownership and Registration: The Role of the Licensed Surveyor”.

It brought together some accomplished land surveyors in the country including the Executive Secretary of the Lands Commission, Alhaji Sulemana Mahama, and a consultant on survey, Prof. Ing. Collins Fosu, and a former Director of Surveys, as well as Alhaji Iddrisu Abu, Kumbung Naa Yiri (II), the Paramount Chief of the Kumbungu Traditional Area.

Speaking at the opening ceremony of the two-day event at the Premier Western Hotel at Airport in Accra, the President of LISAG, Kwame Tenadu Snr, said that there was the urgent need for local strategy and workforce to be adopted as a result of endless incidents of land disputes and years of trials and expensive adventure relying largely on foreign advice and borrowed capital for land reforms in the country.

The LISAG president said as land remains the most-sought-after property, the role of the surveyor had become more important to help eliminate the numerous indeterminate land boundaries which are seriously undermining the developments of public and private landed properties.

Mr. Tenadu Snr. said every licensed surveyor after carrying out a survey on any parcel of land that had not been surveyed would deliver to the Director of Surveys for examination and filing of a plan showing the boundaries of the parcel of land, as well as all original records of the survey covering the area of the plan and other information which the survey considers as important.

He asked members of the public to always engage the services of qualified and certified members of LISAG to conduct their land surveys in order to avoid the situations where conflicts on land boundaries and the proper registration of the land would arise.

“LISAG aims to make a positive impact on surveying and mapping in Ghana,” he said stressing that the association would further develop strategies to ensure that members of the association deliver value to all stakeholders and esteemed customers in the country.

A Supreme Court Judge, Justice Gabriel Pwamang, who was the guest speaker at the event, asked the licensed surveyors to do proper introspection of themselves as far as ethical standards were concerned.

He said the role of the survey was very much critical to the socio-economic development of the country, but some of the practitioners had resorted to unethical behaviour where they do not conduct any survey but charge money to sign up to documents covering land survey and registration.

He pleaded with the executive members of the association to put in place a mechanism that would mete out punishment to such unprofessional and unethical surveyors whose activities are denting the image of the association.

The Executive Secretary of the Lands Commission, Alhaji Mahama, admonished the association to form effective collaboration with the commission in the area of land administration and registration.