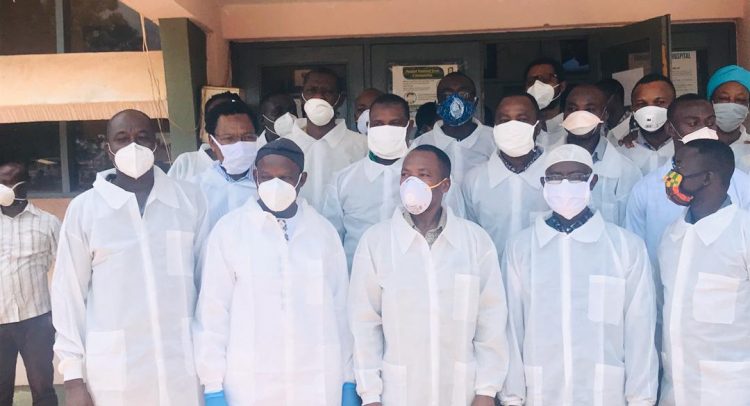 Head of the Tamale Testing Center at the Tamale Teaching Hospital, Dr. Abass Abdul Karim told DGN Online that the facility can test between 300-600 samples daily.

He indicated that they have received 250 samples so far for testing today.

Dr. Karim noted that 35 health personnel from the Ghana Health Service, Tamale Teaching Hospital and University for Development Studies (UDS) have been trained to work at the facility.

The five regions of the North had to rely on Komfo Anokye Teaching Hospital (KATH) , Kumasi Centre for Collaborative Research (KCCR) and Noguchi Memorial Institute for Medical Research testing.

The Northern Regional Minister, Salifu Saeed, who inspected the testing center before its commencement , expressed satisfaction with regards to the modern equipment installed in the facility.

He noted that the Northern regional health directorate spent huge sums of monies for testing in Accra and Kumasi, adding that the center will be a relief for the region.

Mr. Saeed encouraged the health personnel to give up their best for the fight against the Covid-19 virus.

He urged the people of the North to adhere to the directives of the president to prevent the spread of the virus.

The Minister thanked Unicef for supporting government to setup the testing center in Tamale.

In a related development, the Ghana Water Company Limited in the Northern region led by its regional manager Eng. Aminu Musah donated 200 packs of G-water to the Tamale Teaching Hospital as part of its contribution to help fight against the covid-19 virus in the region.