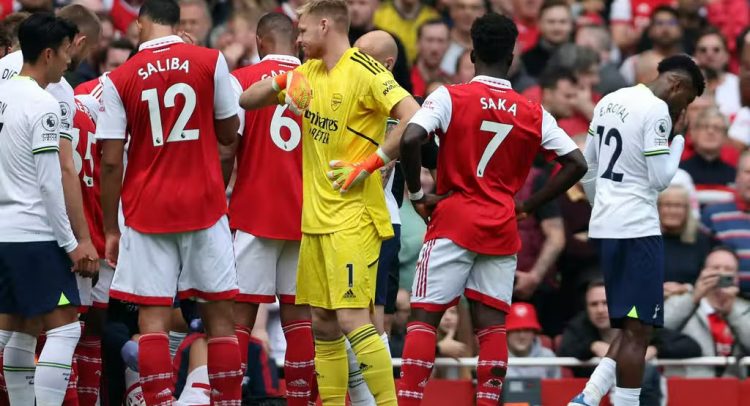 Arsenal maintained their position at the Premier League summit as an outstanding display overpowered Tottenham in the north London derby at Emirates Stadium.

Mikel Arteta’s side were superior throughout and Spurs’ cause was not helped by Emerson Royal’s red card for a second-half foul on Gabriel Martinelli.

Arsenal made a fast start and took a deserved lead when Thomas Partey side-footed a precise finish into the top corner from 25 yards after 20 minutes.

Spurs were handed a lifeline before the break when Gabriel’s foul on Richarlison gave Harry Kane the opportunity to score his 14th goal in 18 derby games and his 100th goal away from home in the Premier League from the penalty spot.

Conte was attempting to make three changes when Granit Xhaka effectively ended the contest with a low finish past Lloris from inside the area.