To The Police A Demand 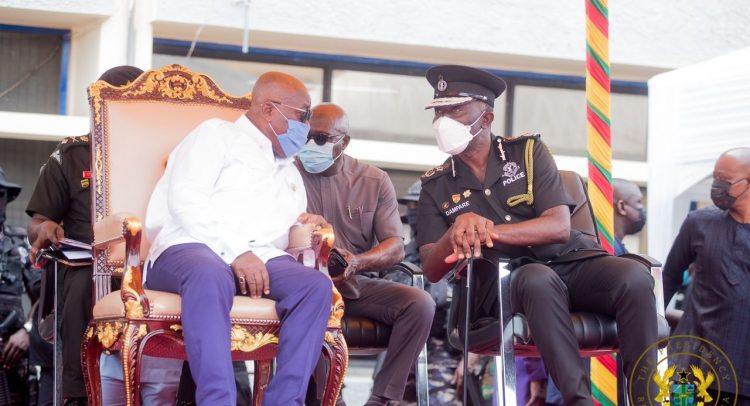 President Akufo-Addo has demanded professionalism from the Ghana Police Service. It is germane and timely call considering the crucial role the law enforcement department plays in the maintenance of law and order not forgetting lives and property.

Thankfully, he has also acknowledged the positive efforts being made in that direction under the leadership of IGP/Dr. George Akuffo Dampare and his subordinates.

The Police Professional Standards Bureau (PPSB) office complex during whose commissioning last Tuesday the President in a speech read on his behalf, where he made the call, is an important unit in the enhancement of the professionalism he spoke about.

As the country’s foremost internal security management organization personnel of the Police should constantly exude unblemished professionalism. Personnel of the department should enforce the law even as they exhibit humanism as the IGP said during his speech during the same occasion.

Being a microcosm of the Ghanaian society, there are bound to be bad nuts whose conduct compromise the standing of the Police. Such bad nuts who exist in every organization have unfortunately given the Police a negative perception among sections of the population.

Since the existence of a police-less society cannot be imagined all we must do as a people is to support the Police Administration to create as Dr. Dampare said ‘a world class Police Service.’

A world class police service can only exist under our circumstance when a unit such as the PPSB is recognized and supported to operate effectively.

We are excited that this unit which until now was housed in a structure at Asylum Down unbefitting of its status is now permanently and decently accommodated within the Nima police barracks in Accra.

The local pharmaceutical giant, TOBINCO, which put up the structure gratis must be commended for the gesture.

It is our hope that others would emulate their example in supporting policing through the provision of such facilities.

The IGP’s expression of worry that in planning in some instances, police stations are often ignored yet the provision of security, the mandate of the law enforcement department, is expected to be available at all times.

It is exciting that now the PPSB has been decentralized. With the services rendered by the personnel here now spread across the country those who suffered from unprofessional conduct at the hands of police officers will be able to seek redress without thinking about the stress in traveling all the way to Accra from their locations.

For the unit to be effective their services must be prompt and without feet-dragging. The Police Administration must ensure that the logistical needs for the effective prosecution of their mandate are not in short supply.

We implore the Police Administration to educate the populace about the procedures in reporting bad cops to the PPSB in the various parts of the country where their offices are situated.