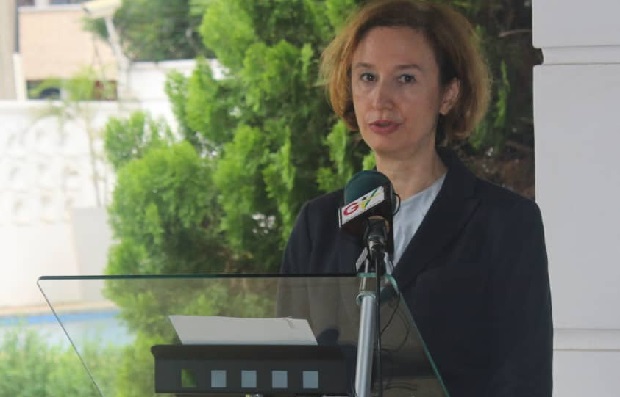 The Turkish government has warned against what it calls ‘the malicious operations of a terrorist organization, FETÖ, led by Fetullah Gülen,’ which was founded to be the mastermind behind the July 15, 2016 failed coup in that country.

After losing its backbone in Turkey, the Turkish government through its Ambassador to Ghana said the FETÖ organization is trying to survive by making use of its structures abroad.

It said FETÖ is still present in around 160 countries, within thousands of schools, businesses, NGOs and media houses.

“Their modus operandi is the same all around the world. As they aim to infiltrate and enlarge their global economic and political influence, they constitute a direct security threat for any country where they operate,” said Turkish Ambassador to Ghana, Mrs Ozlem Eryun Ulueren.

She was addressing the press at her residence in Accra on Monday on the occasion of the 4th anniversary of the July 15, 2016 failed Coup in Turkey.

Mrs Ulueren said since the coup attempt which left 251 people dead and more than 2000 others wounded in Turkey, the democratically elected constitutional government has carried out initiatives at various levels to inform its foreign partners regarding the malicious activities of FETÖ affiliated entities and individuals.

“These efforts also aim to limit the manoeuvring space of the FETO terrorist organization abroad and to prevent its members from escaping justice,” she said.

She said the Turkish Maarif Foundation has also taken over FETÖ schools in 22 countries and maintains its activities all around the world to prevent any shortfalls resulting from the steps taken against FETO, especially in the field of education.

“Schools of Turkish Maarif Foundation have been present in 43 countries, including Ghana,” she said.
Mrs  Ulueren reiterated that the July 15 2016 failed Coup was a trial of strength and perseverance for the Turkish democracy and the State.

“It makes us proud to have passed this test. Turkish nation shielded with their body to repel the attempted coup, under the leadership of H.E. Mr Recep Tayyip Erdoğan, President of the Republic of Turkey,” she saıd.