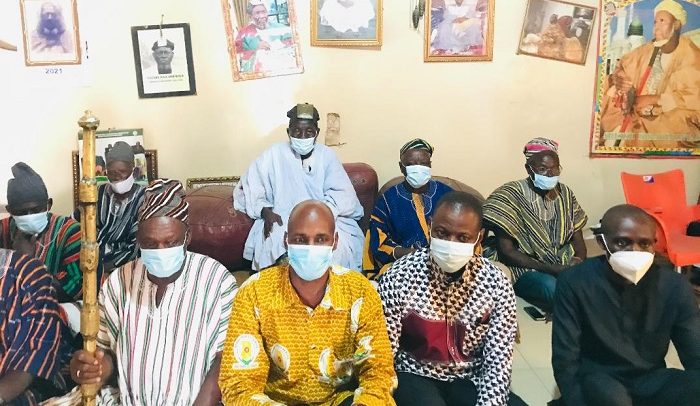 Five children of Bumboazio in the North East Region have been killed by typhoid fever and seven persons undergoing surgery following an outbreak of deadly salmonella-borne disease in the community.

The outbreak was confirmed by the Ghana Health Service (GHS) and has been traced to a contamination of water bodies in the community with faecal matter as a result of open defecation practiced by residents.

The Director General of GHS, Dr. Patrick Kuma-Aboagye, who visited the Bumboazio community to sympathise with the families of the five children, said the outbreak had caused 12 cases of the disease.

He entreated residents to adhere to personal hygiene practices to avoid the spread of the disease, and assured the community that the GHS would collaborate with its partners to build a CHPS compound for them to enhance healthcare delivery.

Dr. Kuma-Aboagye tasked health officials in the area to embark on outreach programmes to educate the people on how to identify diseases in real time for early treatment.

The North East Regional Health Director, Dr. Abdulai Abukari, appealed to the community to refrain from the practice of open defecation, saying “if you continue to defecate in the open, the faecal matter will be washed into the water bodies you drink from when it rains.”

He encouraged the women to always boil the water before consuming it.

The Chief of Bumboazio, Saibu Tia, thanked the GHS Director General and the North East Health Directorate for their swift intervention to find a solution to the problem in the community.

He assured the team that he would ensure that open defecation is stopped in the community, while entreating the people to build household toilet facilities.

The Overlord of the Mamprugu Traditional Area, Naa Bohagu Mahami Abdulai Sheriga, also commended the Ghana Health Service for the fight against COVID-19 across the country and called for more doctors and other health workers to be posted to the North East Region.