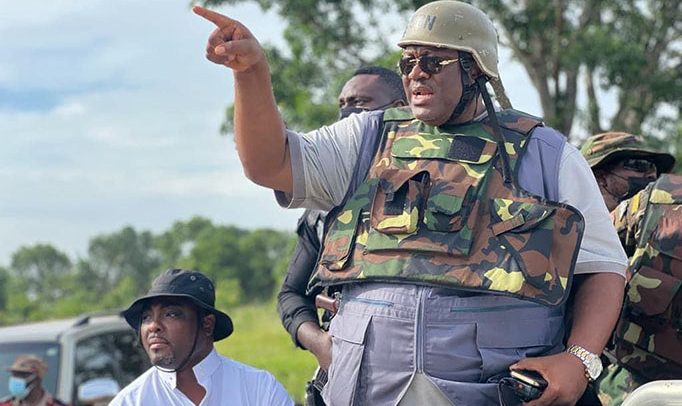 Yesterday, government took the bold decision of regularising the ownership of the land on the 800 acres of land encroached upon by an assortment of persons at Frafraha in Accra.

By this arrangement, an unusual magnanimity it is, those who encroached upon the land outside the walled 200 acres belonging to the Animal Research Institute (ARI) or state become official owners.

We cannot recall a magnanimity which can outdo this in respect of encroached state lands.

We recall the many hearts which were broken when the structures within the 200 acre perimeter of the ARI lands were demolished, a necessary action about which we have commented copiously since the action was enacted by the Regional Minister, Henry Quartey.

We were initially not elated about the act of magnanimity on the part of government because, we thought that a floodgate for the usurpation of government land was now flung open.

Considering the level of development, however, on the main encroached land, demolishing them, most of these completed and being occupied, would leave us as a nation with too many pained hearts.

We have had to eventually go with the government decision as a result of the foregone.

It is worth noting that one of the top government officials, during yesterday’s engagement, warned that the act of magnanimity should not encourage the continuous usurpation of state lands.

Indeed, even as the modalities for the regularisation are going to be spelt out by the appropriate state agency, it is important to warn those with encroachment plans to drop them. There might not be another magnanimity but demolishing as visited upon others, who ventured too deep into the walled land.

State lands are not for encroachment, most of them earmarked for future development of an assortment of projects which inure to the public interest.

It is worrying to note that the encroachment upon lands is not restricted to the nation’s capital, the anomaly now being played out in regional capitals especially, Tamale.

Can’t the authorities set up taskforces to monitor the security of such lands with a view to determining when these are under the threat of these land grabbers?

Unless this is done, state lands would not be safe. A worrying story reaching us even as we comment on the ARI land is that it does appear that some encroachers upon the wetland on the way to Tema, are digging in. These persons are so powerful that it does not appear that they will fail in their individual bids. While some of such persons are church owners or leaders who are powerful, others are so connected to critical sections of officialdom that they appear too formidable to be ejected. As for the wetlands, their survivability is different kettle of herring reserved for another day.