US Citizen, 5 Others Held Over Haiti President’s Killing 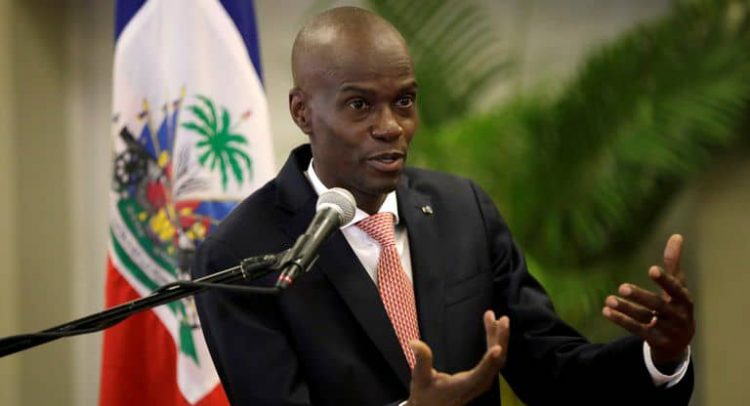 A US Citizen is one of six persons being held in connection with the murder of Haiti President, Jovenel Moise.

The President is alleged to have been shot by suspected assassins at his home in Port-au-Prince.

According to Sky News,
Haiti’s officials have said the attack was carried out by “a highly trained and heavily armed group”, whose members spoke Spanish or English.

First Lady Martine Moise was critically injured in the assault and was flown to Miami for medical treatment, report says.

First Lady Martine Moise was flown to Miami for medical treatment
Police chief Leon Charles said six of the men who killed Mr Moise, 53, at the private residence have been captured and officers are hunting for the masterminds behind the operation, according to the report.