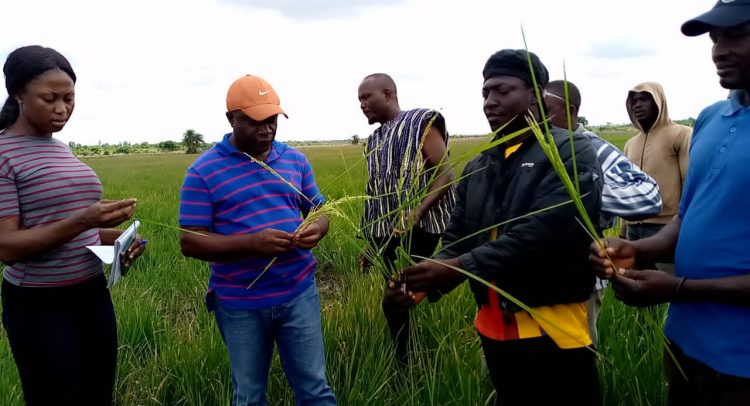 It appears the goodwill that local rice production and consumption has enjoyed in the last four years is on the verge of erosion as many setbacks in the industry is declining production against demand and rendering rice farmers bankrupt.

Specifically, farmers in the Volta Region have expressed the fear that if the trend continues, they may have to jump ship to save the little they have left to venture into other farming options or quit farming all together.

A tour of the rice farms of some of the farmers who number more than a 1000 in the Ketu North, Ketu South and Akatsi South Municipalities of the Volta region show a pale shadow of what is supposed to be a multi-million-dollar business crawling on its knees. 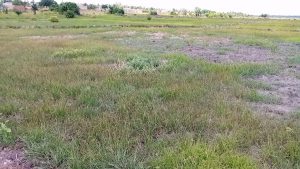 Beatrice Nyidehu who has a farm at Kpoglu in the Ketu South Municipality of the Volta region narrated that for the past two years, they have lost all their rice crops and money due to drought, thus woefully inadequate rain for the major and minor rain seasons.

Another farmer, Thomas Ewe explained that, apart from the drought, fertilizers for the rice farms have been delaying unduly. To this end, “I lost most of my crops (rice) and money, in 2020 and this 2021. I owe my debtors and don’t know how to pay back.”

Anthony Anyidoho who has 95 hectares of rice farm revealed that his farm is part of a 700-hectare farm managed by other farmers in the Ketu North and Ketu South Municipalities. He said the area has a dam which is originally 1.5 meter in depth and 700 by 2000 meter-breadth. Out of the 700 hectares, only 14 is irrigated while the rest are rain dependent.

However, only about 30 meters of the breadth is able to contain water because, the remaining portion is covered with earth. To this end, the water there is not able to serve the area. Should it be dredged and canals constructed to irrigate the farms, the farmers will be in business and the current situation will end.

Mr. Anyidoho who is also the Volta Regional Chairman of the Ghana Rice Inter-Professional Body (GRIB) says the problem at Kpoglu is just a tip of the iceberg when compared to bigger farms at Avalavi, Klenomadi and Avie in Ketu North, Akatsi in Akatsi South and other big farms in the Tongu Districts, Afadzato South District and Hohoe Municipal areas.

Nana Adjei Ayeh, the National President of GRIB, who recently toured some farms in Ketu South, Ketu North and Akatsi South expressed disappointment in the government’s support for rice farming in the country, and Volta Region in particular.

He said their studies show that the Volta Region alone can satisfy the rice needs of Ghana. Same can be said of Central Region and the six northern regions, yet they all suffer the same ordeal.

Focusing on the Volta Region, Nana Adjei Ayeh II noted that apart from drought and delay in supply of fertilizer and agrochemicals, the seed per kilo has been increased from Ghc3.00 to Ghc5.00. “To be honest the rice farmers in the Volta Region, specifically those in the south are struggling, because like all parts of Ghana, farming is largely rain fed.”

Figures from Ministry of Food and Agriculture puts Ghana’s rice consumption at 1.3million metric tonnes annually as of 2017. Yet the country produced about 721,610 metric tonnes with a deficit of 580,000 metric tonnes imported.

However, GRIB’s survey shows that the Volta Region alone can produce 1.4 million metric tonnes annually, yet due to this challenges it is only producing just about 200,000 metric tonnes. Nana Ayeh believes that the current production levels will fall further if the challenges listed above continues.

To him, it is impossible for Ghana to meet the target of rice sufficiency by 2023 as mentioned by the Minister of Food and Agriculture few years back. He wondered that “May be, there is something the government is seeing that we, the farmers are not seeing? Fact on the ground shows that it is only a wishful thinking.”

Even if Dams cannot be built for rice farmers, Dugouts with irrigation system based on gravity can solve the water problem to a large extent. Then there is the need for mechanization of the harvesting and milling process and prompt supply of fertilizers and agro-chemicals.

“If these simple things are done, we can be rice sufficient and even supply our neighbours,” He stressed.