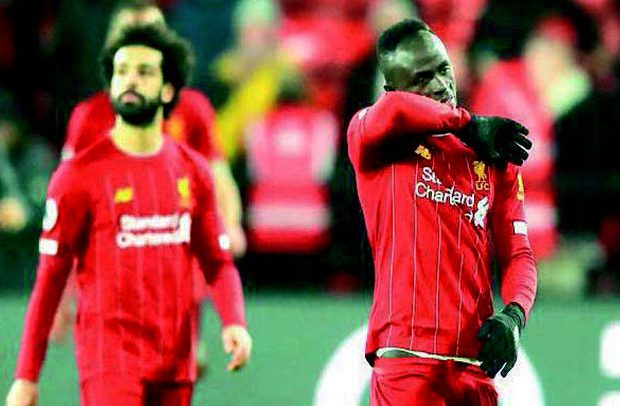 Sadio Mane looks dejected at the end of the match

It’s over. Liverpool’s remarkable unbeaten run in the Premier League came to a shuddering end on Saturday night as Watford crushed them 3-0 at Vicarage Road.

The shock defeat won’t make a dent in their title aspirations but it did have Arsenal fans breathing a sigh of relief.

That’s because Liverpool’s undefeated sequence has ended at the 44-game mark, five short of Arsenal’s top-flight record of 49 which ran from May 7, 2003 until October 24, 2004.

Liverpool’s previous league loss came 422 days before this one ? a 2-1 reverse to eventual champions Manchester City on January 3 last year.

In losing to Watford, Liverpool also failed to set a new best for consecutive Premier League wins ? their final tally of 18 only equalled the record set by Manchester City in 2017.

Nonetheless, Liverpool have become only the third team to go unbeaten for more than a year in the Premier League.

Arsenal’s ‘Invincibles’ achieved the feat, going the entire 2003-04 season without losing, and Jose Mourinho’s Chelsea didn’t lose a game between October 2004 and November 2005.