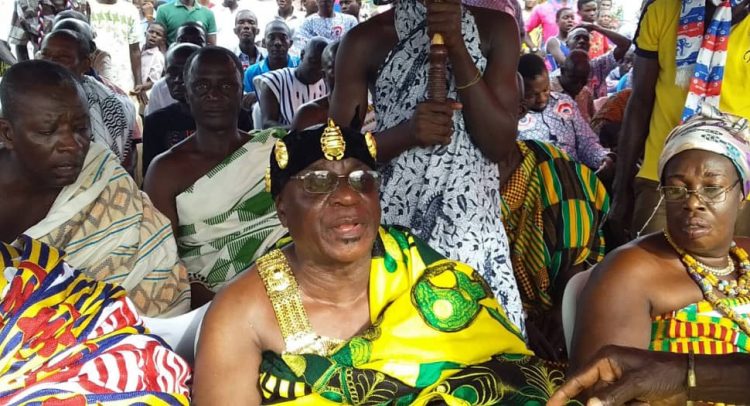 NANA OKODA Darko I, the Gyasehene of Akyem Kusi Traditional Area in the Demkyembour District of the Eastern Region, has declared his support for President Akufo-Addo come 2020 Presidential Election.

That, according to the chief, is because the President has fulfilled his 2016 Campaign Promises.

The Gyasehene who made this known when President Akufo-Addo visited the community, also promised to lead his community members to vote massively for the ruling New Patriotic Party in the next elections.

The Gyasehene could not hide his joy with regard to the President’s visit.

He expressed warm gratitude to the President as he believed Mr. Akufo-Addo stood tall among the Presidents that have governed the nation.

“Mr President, we the people of Akyem Kusi are so grateful because you are the first President to come and inspect the OPRI project. We gave the land to the government 52 years ago but none of the Presidents has come to inspect it. This clearly shows that you are a good President because you don’t discriminate and we believe the OPRI will go on,” he emphasized.