‘When You Have Ronaldo, You Always Have A Chance’ 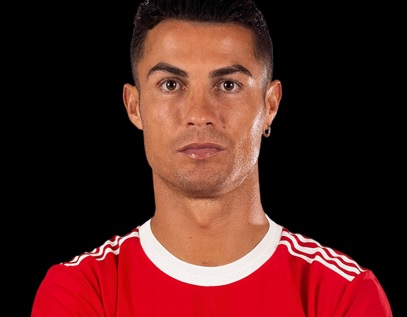 Cristiano Ronaldo celebrated a record-breaking night in the Champions League with a dramatic injury-time winner for Manchester United at Old Trafford.

On the night he made a record 178th appearance in the competition, Ronaldo also scored United’s latest ever goal in the Champions League when he sank Villarreal 2-1 in the fifth minute of injury-time.

The Spaniards had threatened to plunge United into crisis with a third home defeat in the space of a week, but Alex Telles equalised before Ronaldo got their Group F campaign back on track with his fifth goal in five games.

“When you have Cristiano on the pitch you always have a chance,” beamed manager Ole Gunnar Solskjaer, whose winner in the 1999 Champions League final had been the latest goal until Wednesday night.

“He is so good in front of goal and has an impact on everyone – the crowd, the players the whole club.

“He’s done that so many times. When you saw him (for Portugal) against Ireland a month ago, he missed a penalty early and didn’t touch the ball more or less, but scored two great headers in the last few minutes.

“That’s what he’s done throughout his career. He stays in the game. I’ve seen him all day, the way he’s built up for this game and when he gets that one chance it’s a goal.

“He had a couple of half chances but a true mark of a great finisher that he keeps calm when the chance arrives.”

United, who lost their opening group game to Young Boys in Bern earlier this month, avenged their Europa League final defeat by Villarreal who were unbeaten this season and would have won but for some excellent saves from David de Gea.

The Kidnapping Plot In Motion: Here Is Your Stone, ‘Prophet’ Rawlings!