Why Every Ghanaian Must Eat Ghana Rice 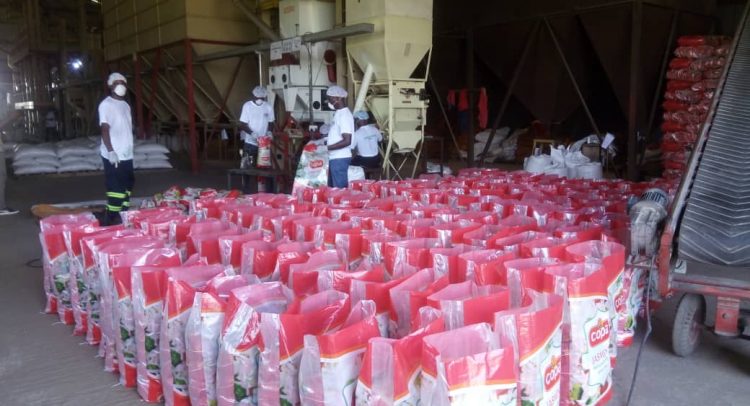 Ghanaians have for a long time developed strong taste for foreign made rice as compared to one produced on their home soil.

Foreign rice brands from Asia, Europe, and America, currently dominate the Ghanaian market, with their importers cashing in big from their huge patronage.

“Ghana currently imports about $1.5 billion worth of rice,” Minister of Food and Agriculture, Dr Akoto Afriyie told the press this year.

The huge import wage bill has an adverse impact on the nation’s currency, the Ghanaian cedi.

“Now rice has become a staple food, therefore, the demand for rice has been rising very quickly,” he stated.

A Ghanaian would patronize a foreign rice for a number of reasons.

Among the reasons are foreign rice have sweet scent, nicely packaged, well processed, and affordable as compared to made in Ghana rice.

Perhaps, the packaging and processing of made in Ghana rice such as Copa, Aduahene, over the years, have not been appealing to Ghanaians.

As Christmas approaches, the demand for rice which has now become a staple will increase.

But what rice will Ghanaians be buying? Ghana rice or foreign rice?

The President Nana Akufo-Addo’s Government through the Ministry of Food and Agriculture is pushing for the consumption of Ghana rice, as it works to ban the importation of rice by 2022.

The Government has began the processes to ensure that Ghana becomes rice self-sufficient by 2022.

How Will It Achieve That?

Deputy Minister of Food and Agriculture, Kennedy Osei Nyarko, says in 2018, a total of 1,135 million metric tons of rice was consumed in Ghana.

However, he said paddy rice production capacity in Ghana during the period was 769,400 metric tons.

In 2019, according to the Deputy Minister, production capacity for paddy rice is expected to hit 900,000 metric tons.

The Deputy Minister says there was a three step approach to making Ghana become rice self-sufficient by 2022.

According to him, the approaches include increase production, local consumption and processing.

As part of efforts to increase production and processing, Government has teamed up with private company, Wienco Agriculture, a subsidiary of the RMG Group, to purchase rice from farmers nationwide.

Mr. Osei Nyarko, and officials of Wienco Agriculture met within some rice farmers at Avalavi Weta in the Ketu North District of the Volta Region, on Tuesday, November 26, 2019, to announce their intention to purchase paddy rice.

The rice purchase will take place under RMG/YIAP Partnership.

To increase production and processing capacity, there will be the need for market built on increased domestic consumption.

Ghanaians have to eat what Ghanaians produce to ensure that the State is able to reduce or ban rice importation.

The Deputy Minister therefore encouraged all Ghanaians to consume rice produced and processed in Ghana.

* Why Must Ghanaians Consume Ghana Rice?*

Rice like any other commodity is patronized based on its perceived value proportion, all other things held constant.

And it is based on the above that Ghanaians would either continue to buy and eat foreign rice or begin to patronize Ghana rice.

But Mr. Osei Nyarko believes there are enough reasons why Ghanaians must begin to consume rice produced in Ghana.

Firstly, he said Ghanaian rice are healthier and nutritious as compared to imported rice.

According to him, some foreign rice spend about five to ten years in Warehouses overseas, and processed with harmful chemicals, thus are not good for consumption on health grounds.

Again, the Deputy Minister says Ghanaians would be demonstrating that they are patriotic by consuming local rice and creating market for Ghanaian rice producers and processors.

“The little that we have, if you don’t consume it, there is no motivation for the farmer to produce it or even the processor to process it,” says Mr. Osei Nyarko, as he addressed journalists at Wienco 25,000 metric tons capacity rice processing factory in the Volta Region.

Over 1024 farmers, most of them youth, are farming over 880 hectares of rice annually.

“The biggest responsibility lies on the citizens,” he adds, as he outlined the roadmap to achieving rice self-sufficiency.

With rice imports wage bill being high year-in-year-out, the Deputy Minister says consuming Ghana made rice will reduce the amount spent on importation.

He noted that reducing the amount spent on rice imports would save Government some funds for road, school and hospital constructions.

According to him, Government needs to raise money for infrastructure and social projects and that it needed to do so domestically, which require Ghanaians to produce and consume what they produce.

He also says there has been marked improvements in the processing and packaging of Ghanaian rice.