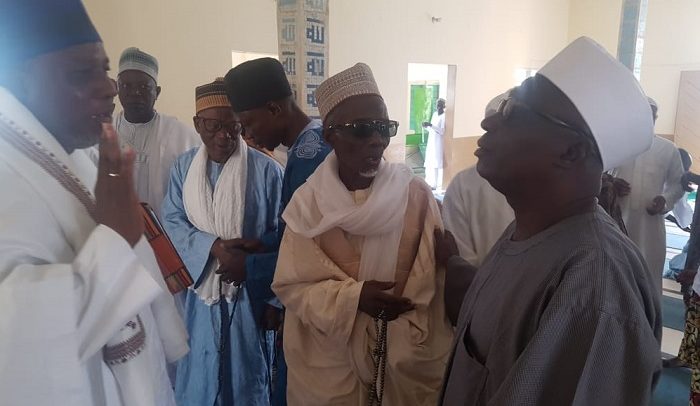 The Chief of Winneba Zongo, Alhaji Saliki Sulemana Salaga, has denied categorically that the Member of Parliament (MP) for Effutu, Alexander Afenyo Markin, wrote a letter on his behalf directed at the Vice Chancellor of University of Education (UEW), Winneba, Prof. Anthony Afful-Broni.

He said the letter which was actually written by him was to express his misgivings over what was happening at UEW.

Addressing a press conference in his palace in Winneba on Friday, Alhaji Salaga said: “It is not true that Hon. Afenyo Markin has forged my signature,” adding that he (Zongo Chief) personally wrote that letter to express his displeasure at the behaviour of the UEW VC towards the MP for Effutu.

The chief also expressed disgust at one Salifu Bawa for posting what he called ‘falsehoods’ on social media against the MP. He said that he never gave another person called Ishak Farakan any consent to hold any press conference on his behalf, saying “I don’t know him from anywhere.”

The Winneba Zongo Chief also cautioned a radio station operator in Winneba to desist from using his name on his radio programmes in an attempt to ‘tarnish’ the image of the Effutu MP.

According to Alhaji Salaga, the Effutu MP was doing his best to bring development to the area and called on the people to ignore what he called ‘the propaganda war’ being waged against such a hard-working MP.

The Zongo community commended the Effutu MP highly for sponsoring 24 Moslems from the community to Mecca, this year.