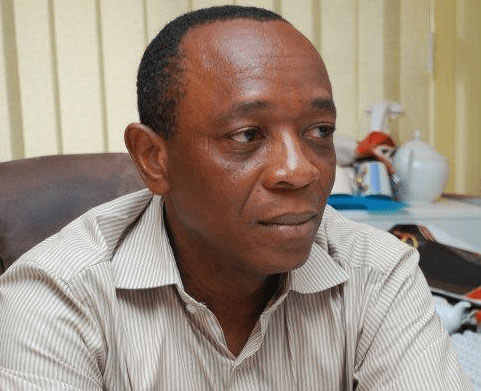 A Nigerian lecturer on sabbatical programme in the country created disquiet when his unpalatable and undiplomatic remarks went viral on social media recently.

Such uncomplimentary remarks about a host country are as inappropriate as they are unwise. Unknowing that he was being recorded, he said so many things he should not have said. In the end, his bad-mouth triggered a reaction which in the hands of the unrefined could create avoidable ado.

Coming on the heels of the ‘xenophobic reportage’ as the Nigerian envoy to Ghana said of the many negative headlines about his bad compatriots in the country, it is not something which should be condemned.

Nigeria is a bigger country with over a hundred and fifty million citizens as against Ghana’s under thirty million, a reality which presupposes, of course, that the former has more of everything than we do – from the extremes of everything to the lowest of same. It is even a reality that there are many bona fide Ghanaians with Nigerian ancestry – a fact of history we cannot ignore.

To put things the way the lecturer did was not for a man of his calibre to do. There are unconfirmed reports that his sabbatical arrangement at the University of Education, Winneba, has been terminated.

In the aftermath of all these, Nigerians in Kumasi came under the attack of some of their hosts yesterday.  We do not want to inch towards a déjà vu situation: the two countries have been engaged in a diplomatic spat before but in the end they smoked a peace pipe.

The wave of stereotyping of Nigerians as that country’s envoy to Ghana said recently is something which should be managed lest the two countries return to the brief period of ‘cold war’ of the 1980s.

We call on the law enforcement agents to step in quickly and stop the unnecessary attacks. We saw what happened in South Africa when xenophobic attacks affected even Ghanaians in that country.

We cannot be pleased with a situation where Nigerian criminals come into the country in droves to continue what they were used to doing in their home country. While we have, of course, had enough of the unacceptable trend, we ask our compatriots to be conscious of the repercussions of going on the xenophobic tangent.

Let us leave the security agents to do their work when they have to. We are aware that the bad Nigerians are only a few of the many of their compatriots. The effect of the criminality of the bad nuts are creating loud headlines and therefore triggering a national worry.

We would repeat our earlier call on the decent Nigerians in the country, fine gentlemen and ladies, who are minding their businesses to identify their criminal-minded compatriots for arrest and processing by the security agents.