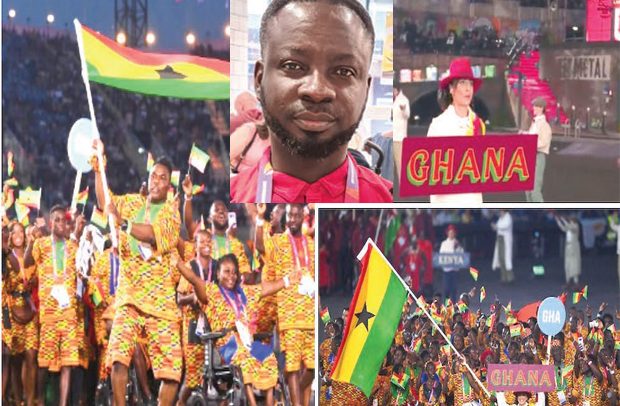 Ghana’s colourful entry at Commonwealth Games in Birmingham steals the show at the opening ceremony. INSET: Frederick Acheampong aka ‘Ache’

GHANA IS being represented at the ongoing Birmingham Commonwealth Games by 100 athletes.

This was disclosed to DAILY GUIDE SPORTS by Frederick Acheampong aka ‘Ache’, the Chef de Mission of Team Ghana.

He said the athletes comprise of 36 hockey players, made up of two different hockey teams. Each hockey team has 16 players.

According to Ache, the Ghana Team also boasts of 26 coaches, who are guiding the athletes.

He disclosed that Ghana is competing for top honours in 13 different sporting disciplines at the games.