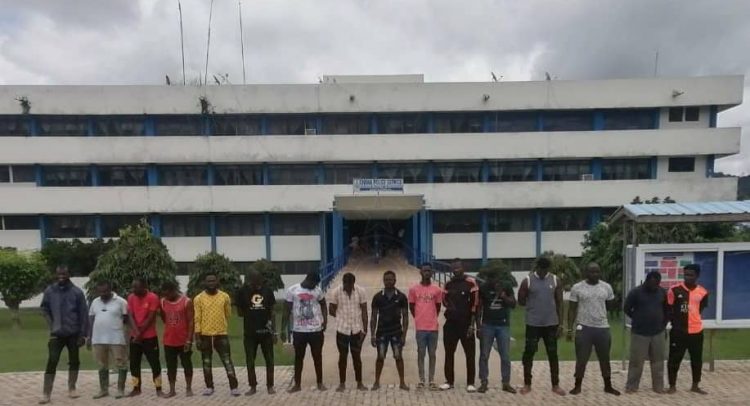 The Eastern Regional Police Command has arrested at least 16 out of 24 persons in connection with a shooting incident at Asamang Tamfoe in the Atiwa East District of the Eastern Region.

The incident occurred between some persons believed to be illegal miners and a community anti-galamsey taskforce on Thursday, 29th September, 2022.

During the operation, the police retrieved one pump action gun, two excavators, two water pumping machines, and a battery.

The Police in a statement said, “Efforts are underway to arrest the remaining suspects and retrieve any other weapons in their possession”.

The police also said they are reviewing a video on the incident as part of the investigation.

“We would like to assure the public that all the other perpetrators will be arrested and brought to face justice,” the police statement added.

Meanwhile, a team from the Eastern Regional Police Command led by the Regional Police Commander, DCOP Anderson Fosu-Ackah on Friday morning visited the Asamang Tamfoe Community to engage the traditional leadership and youth of the community where they were assured of a thorough Police investigation into the arrest and shootings.

He said the suspects who were arrested in the operation on Thursday, were brought to the High Court in Koforidua, but the court did not sit on Friday.

The lawyers of the accused persons are still working around the clock to secure police inquiry bail for their clients.