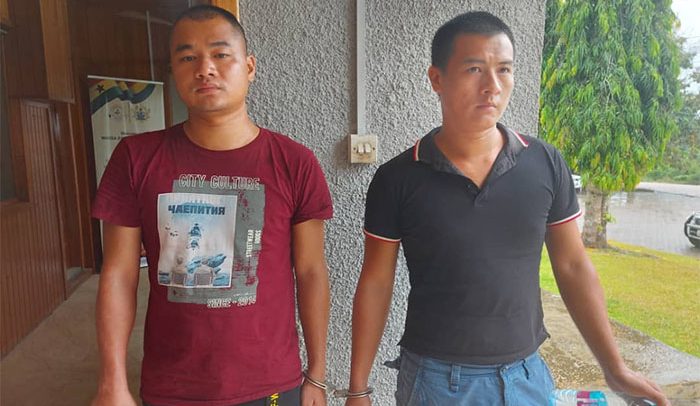 The Wassa East District Security Council (DISEC) has embarked on an operation to apprehend those engaged in illegal mining also called ‘Galamsey’ in the Pra River.

The operation led to the arrest of two Chinese nationals who were operating in the River.

The operation which involved the military and the police, was conducted at Atieku in the district.

According to sources, when the security personnel were patrolling on the River, they saw the Chinese illegal miners who had set their machines on the river and mining with impunity.

DGN Online gathered that the illegal miners were about 10 in all, but eight managed to run away on seeing the security personnel, leaving two the behind.

The two were subsequently arrested and are assisting the police in further investigations.

Some illegal mining equipment were retrieved by the security personnel which included, washing machines and generators among others. 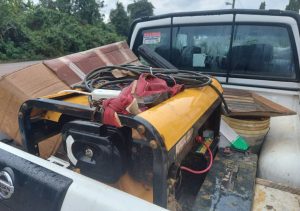 The Police have subsequently mounted a search for the remaining eight who are currently on the run.

The exercise was in response to the directive by President Nana Akufo-Addo for all to help end the illegal mining manace in Ghana particularly, on river bodies.

It was revealed that the two chinese illegal miners who have been arrested will be transported to Accra for the laws of the country to deal with them.

The District Chief Executive for Wassa East, Wilson Arthur, who led the operation indicated in an interview with the media that his outfit will ensure all recalcitrant illegal miners in the area are arrested and prosecuted.

He added that mining in the water bodies would as well not be entertained.