20 Vigilante Groups To Be Disbanded 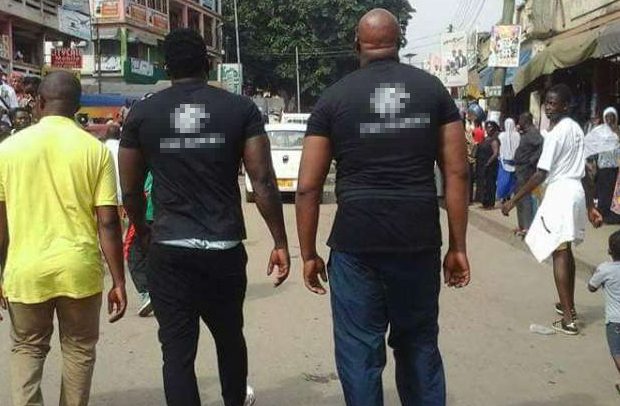 2Parliament has identified 20 vigilante groups that are to be disbanded after the passage of the Vigilantism and Other Offences Bill which is likely to be passed before Parliament goes on recess on August 2.

The vigilante groups which have been mentioned in the bill and are to be disbanded are Al Jazeera, Al Qaeda, Aluta Boys, Gbewaa Youth, Asamankese Forces, Aluta Boys, 66 Bench, Eastern Mambas, Burma Camp, Bukurisung and Baafira.

During the consideration of the bill in Parliament yesterday, the National Democratic Congress (NDC) Members of Parliament for Adaklu and South Dayi, Kwame Agbodza and Rockson-Nelson Defeamakpor respectively, as well as New Patriotic Party (NPP) Member of Parliament for Asante-Akim Central, Kwame Anyimadu-Antwi, had argued strongly that the names of the identified vigilante groups should not have been included in the bill since the bill when passed would naturally deal with any identified vigilante group.

According to the three MPs, there is no traceable links to these identified groups and that even if they exist they would feel victimised for having their names mentioned in the bill.

But the Majority Leader, Osei Kyei-Mensah-Bonsu, and NDC MP for Wa West, Joseph Yieleh Chireh, disagreed with the three MPs saying that those perceived groups were the reason for the enactment of the law because after President Akufo-Addo had appealed to political parties to voluntarily disband political vigilante groups, they were adamant and so that was the reason why the President brought the Vigilantism and Other Offences Bill to outlaw the operations of such groups.

The Wa West MP said if the names are deleted from the bill then there would not be any reason for the enactment of the law because it was the existence of such groups that the bill was brought to Parliament. Therefore, their records in the bill would definitely validate the law.

MPs who were debating on the amended clauses of the bill also gave the Minister of the Interior the power to come to Parliament when new groups emerge by legislative instrument to tell parliamentarians about such new vigilante groups and justify why they should be disbanded.

Some of the MPs had argued that the Interior Minister should rather be given executive powers to disband such groups but the opponents said when such an executive power is given to the minister, he could use it arbitrarily without the consent of Parliament.

Vigilante group has been defined in the bill as two or more persons acting as a group, body, association, organization and union resorting to an act or threat or violence or intimidation to further their interest or the interest of their sponsors or benefactors for economic or financial reward or for patronage.

I Won’t Lie To You! Nana Assures