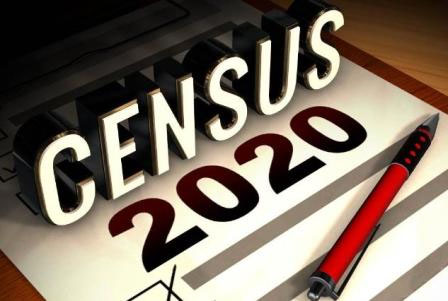 The Second Phase of the multi-staged 2020 Trial Census night has been celebrated in some selected districts and municipalities across the country.

The event which was characterised by bonfires, tooting of horns and blowing of alarms with fire tenders and information vans took place in the Ekumfi district in the Central Region, Kpone Katamanso Municipality in the Greater Accra region, Krachi Nchumuru in the Oti Region and Aowin Municipality in the Western North region. The ceremonies preceded the listing of households (identifying and numbering of structures and households) before the actual counting (Enumeration) which began a day after.

The actual field enumeration exercise which began from 25th November is expected to end on the 7th December, 2019. The trial census night is the reference point to the main census.

The night signifies an imaginary snapshot of the population status of the country during that night.

This is in accordance with the United Nations recommendation guiding the conduct of the population and housing censuses worldwide.

Speaking to the gathering at Ekumfi Municipality, the Government Statistician, Prof. Samuel Kobina Annim highlighted what would be expected from the night up till the census is over. ‘’During the census night, there would be a number of activities including the counting of outdoor dwellers, meaning those who spent the night outside their original homes but found within the selected areas. After that, counting of households follows’’ he said.

‘We would then continue to compile the data and test the equipment to see where there would be challenges and prepare for the main census scheduled in March 15, 2020’ the Government Statistician narrated.

The 2020 census is expected to, among other things, look into some population dynamics such as migration, sanitation, housing, employment, health.

According to the Government Statistician, ‘All these would be evidence-based data for policy formulation and economic planning for the country.

The trial census night is the only statistical operation that takes detailed information of every single individual found within the borders of the country at a particular point in time.

The data collected is beneficial to government and will be disaggregated by national, regional, district and community level and good for decision making at the level of governance as well as for business decision-making.

It will also be used by industry and academia.

He therefore appealed to the media, religious bodies, community leaders, opinion leaders and the general public to cooperate with the Ghana Statistical Service to conduct the trial and the main census successfully.

The Omanhene of the Ekumfi Traditional Area, Nana Yedu, gave his support to the census and expressed his appreciation to the Census Management Team for selecting his area for this exercise. He admitted that “without the census, we would be shooting ourselves in the dark and nothing can be done because data is very important in decision making process for the Ekumfi traditional area”.

The chief urged all the town folks to avail themselves to be counted. There was bonfires to create awareness on the occasion in the town.

The team later proceeded to Mankessim to count outdoor dwellers there before the actual counting of households started the next day in the various localities.

In the Kpone Katamanso Municipality in the Greater Accra Region which stretches from Oyibi and extends to Community 25, Tema, the area was divided into two zones.

There were fire tenders from the Ghana National Fire Service and information vans from the Information Services Department as well as officials from the Ghana Statistical Service (GSS) going round the community tooting horns and blowing alarms to inform the public about the day.

Similar exercises took place in both the Aowin Municipality and Krachi Nchumuru District in the Western North and Oti Regions respectively.

Empower Women In Fight Against Corruption In Ghana - UNDP