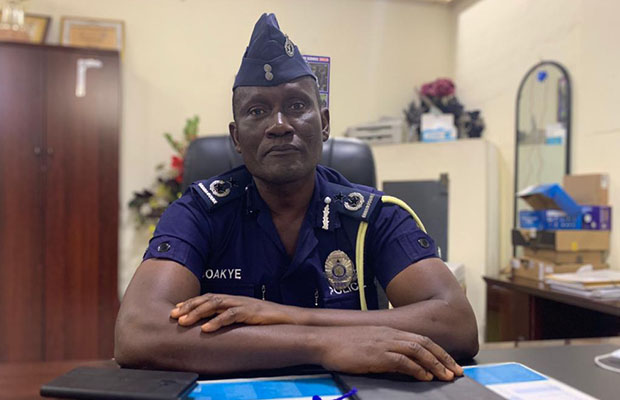 A total of 25 motor riders, popularly called Okada, have been convicted for committing various road traffic offences within the Accra Metropolis.

The convicts were part of those arrested by personnel of the Accra Regional Police Command in a special operation organised early this month.

The Accra Regional Police Commander, DCOP Afful Boakye Yiadom, briefing the media, said a total of 288 dockets were prepared out of a total of 1049 persons who were arrested, adding “about 137 persons were sent to court and a total of GH¢29,380 imposed on those fined.”

The Accra Regional Commander revealed that the operation was carried out to rid the metropolis of criminal activities and also to ensure that motor riders abide by the road traffic regulations. All the divisional police command took part in the operation.

DCOP Yiadom said the suspects were charged with various offences including using unregistered and registered motorbikes for criminal purposes, riding without licence, usage of fake motorbike number plates, riding without requisite gears, carrying more than one pillion, among others.

He said 48 of the cases are pending in court, with 95 of them still under investigations.

The Regional Commander revealed that 31 of the arrested suspects were issued with warning letters but 18 failed to report and as a result, the command has secured a bench warrant for their immediate arrests.

He added that the command was not against the use of motorbikes within the metropolis, but those using them must properly acquire the requisite gears, and obey traffic regulations.