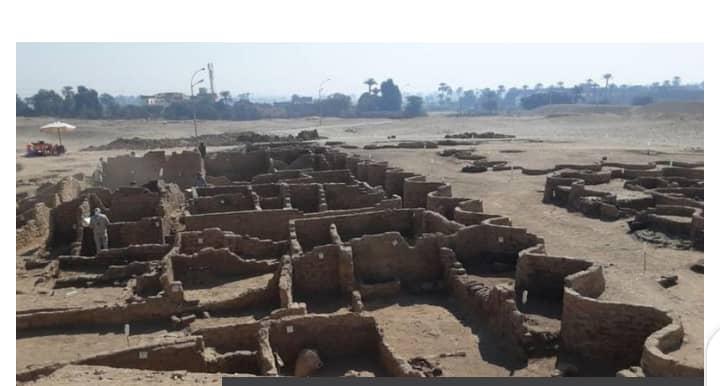 A 3000-year-old lost city has been found in Egypt.

The city is reported to have been lost to sands.

The discovery of the city has earned Egypt praises as it is considered an important archaeological finds since Tutankhamun’s tomb.

According to him, the city was found near Luxor on Thursday, April 8, 2021.

He explained that the discovery was the largest ancient city which is known as Aten, in Egypt.

According to him, the city was discovered after weeks of the excavation which began in September 2020, adding the discovered city
dates to the reign of Amenhotep III, one of Egypt’s most powerful pharaohs. The excavations started on the west bank of Luxor near the Valley of the Kings, some 500 km (300 miles) south of the capital Cairo.

Amenhotep III ruled Egypt, a North African nation, from 1391 to 1353 BC. The pharaohs Ay and Tutankhamun reportedly continued to use the city after his reign.

A large number of valuable archaeological finds, such as jewellery, coloured pottery, scarab beetle amulets and mud bricks bearing seals of Amenhotep III, were reportedly found in the discovered city.

“Within weeks, to the team’s great surprise, formations of mud bricks began to appear in all directions,” according to Dr Hawass in a statement.

“What they unearthed was the site of a large city in a good condition of preservation, with almost complete walls, and with rooms filled with tools of daily life.”